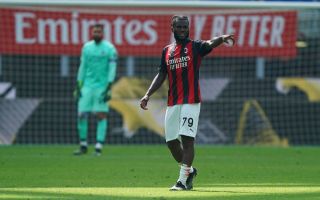 Tuttosport: Small gap remains between Milan and Kessie in renewal talks – the situation

AC Milan and Franck Kessie’s entourage are moving closer and closer to an agreement over a renewal, according to a report.

There is a lot of talk about Kessie’s renewal in the media given that his contract expires in 2022, with some fans worried that he could do the same as Gianluigi Donnarumma and Hakan Calhanoglu and leave the club on a free transfer for more money.

According to this morning’s edition of Tuttosport (via MilanLive), a new summit is expected shortly between Paolo Maldini and Franck Kessie’s agent George Atangana, who is continuing to request €6m net per season fixed.

Milan seem willing to satisfy that, but they have offered €6m including bonuses, with a fixed base of €5m. The good news is that the distance between the parties is only the bonuses, and while Milan are in a hurry to reach an agreement it seems the midfielder is not.

The Ivorian has expressed his will to continue playing with the Rossoneri though, which is a very solid starting point for the negotiations.

READ MORE: Milan to remain patient in pursuit of Calhanoglu’s replacement – the reason