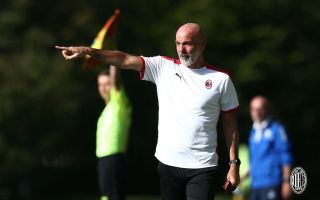 Tuttosport: The best and worst performers from Milan’s 4-2 friendly win over Novara

AC Milan got their 2020-21 preseason underway with a 4-2 friendly victory against Novara at Milanello on Wednesday evening.

The Rossoneri – who were without a number of key players who are away on international duty – found themselves 2-0 down inside 15 minutes of a game which consisted of three 20-minute periods.

However, they roared back scoring four times in 30 minutes with goals from Lucas Paqueta (x2), Davide Calabria and Diego Laxalt.

Tuttosport (via MilanNews) have made their assessments on the game in Thursday’s edition of the newspaper, praising Lucas Paqueta for his performance and the fact he scored a brace.

Also positive was the performance of Calabria, who netted the goal to make it 3-2, while Theo Hernandez struggled as a central defender but showed just how valuable he is when he moved to being a left-back.

Kessié and Ibrahimovic were picked out for praise too, while new signings Pierre Kalulu and Emil Roback also did well. Leo Duarte’s performance however was less convincing, but the Brazilian has not played for almost a year and “must grow physically and regain confidence”.