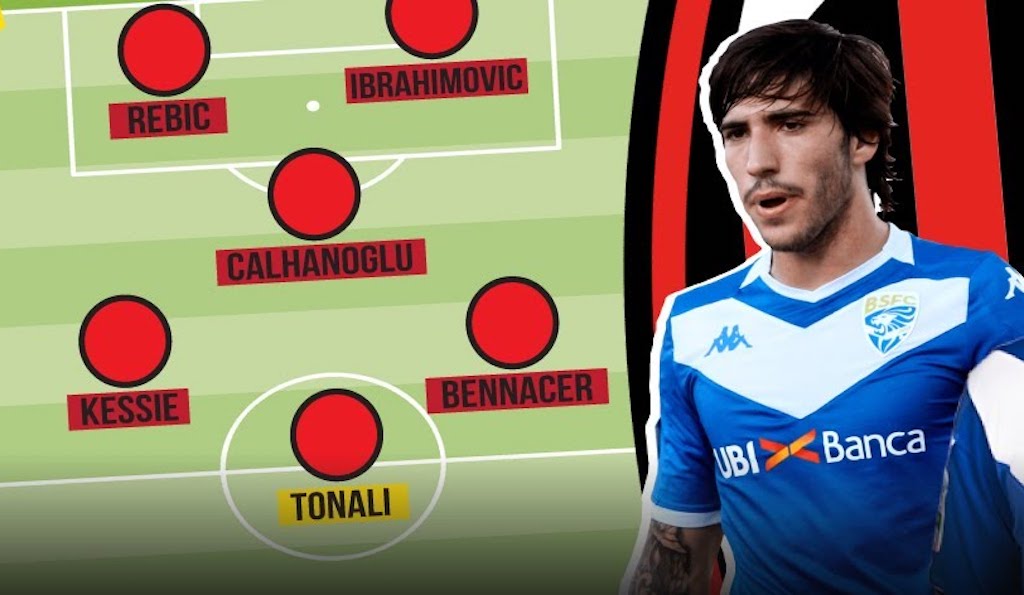 Head coach Stefano Pioli will be left to study the solutions for his midfield if the signings of Tiemoue Bakayoko and Sandro Tonali are completed.

As Tuesday’s edition of Tuttosport reports (via MilanNews), Tonali tends to prefer playing as midfield director or a ‘Regista’, but he knows how to play as a mezzala too.

The 20-year-old brings quality, potential and versatility to Pioli, who will have to decide whether to exploit his characteristics as a more defensive-minded player or to join him with an anchoring presence.

The paper claims that Pioli seems willing to stick with the 4-2-3-1 system and could play Tonali alongside Bennacer, for a midfield with less physicality and more quality. However, he could also alternate with the Algerian alongside Kessié, while we are awaiting for the return of Bakayoko, another physically big player ready to flesh out the department.

Finally, it is not ruled out Pioli could also think about a change of system. In the event of a return to 4-3-3, for example, Tonali would go to being a deep-lying playmaker, with Kessié on his right and Bennacer on his left. The coach will decide.