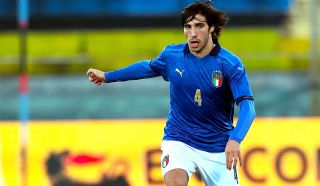 Tuttosport: Tonali ready to square off against the team that abandoned him in derby vs. Inter

Saturday will be a special moment for Sandro Tonali as he is likely to appear in his first derby for his boyhood club Milan against Inter.

As Thursday’s edition of Tuttosport notes (via MilanNews), Tonali will experience his first derby as a Rossonero, but he could have been turning out for the blue heart of the city. Inter were one step away from signing him during the summer though, only to change their mind when everything seemed done.

For months the management of Inter spoke with the player’s entourage and they had found an agreement over personal terms, but they could not strike a deal with Massimo Cellino. Instead they chose to move on to other targets – namely Arturo Vidal – and at that point Milan swooped decisively.

The 20-year-old is happy to approach the derby with the team that he supported growing up and the number 8 that belonged to his idol. He is unlikely to start but he could very well come off the bench and he is ready for the challenge.