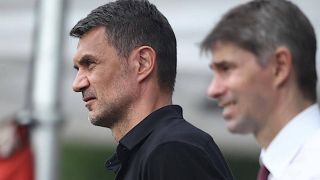 Tuttosport: Why Milan’s pursuit of a new forward is being conducted under the radar

The most pressing issue that the Milan management must tackle is the signing of a new attacking midfielder, but there is reportedly a reason that news is quiet.

According to this morning’s edition of Tuttosport (via MilanNews), directors Paolo Maldini and Ricky Massara are aware that a new forward must arrive, ideally one who can function both as a right winger and as a playmaker behind the centre-forward.

Maldini and Massara are working under the radar to avoid the inclusion of other clubs and disruptive manoeuvres that could effect their pursuit of any target chosen.

The report goes on to mention that Milan are continuing to monitor both Hakim Ziyech of Chelsea and Nikola Vlasic of CSKA Moscow, but other targets are also being followed too. It seems, therefore, that news being quiet is all part of the plan, and developments can be expected between now and August 31.