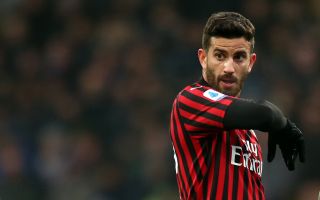 Tuttosport: Why Musacchio’s relationship with Pioli broke down – dates back to February

Mateo Musachcio’s future has already been written. After recovering from the serious injury he sustained in June, the Argentine defender isn’t expected to get any minutes this season despite the injury crisis.

As reported by Tuttosport (via MilanNews), the relationship between the defender and Stefano Pioli broke down already in February. It was during the game against Torino, when Musacchio refused to replace the injured Simon Kjaer.

Despite having warmed up with the team as usual, the Argentine claimed that he had a minor physical issue. In reality, he didn’t want to play in the cold. Pioli was visibly angry and gave Matteo Gabbia his debut instead, which was a big moment.

After half-time break, Musacchio didn’t return to the field and remained in the locker room. His contract will expire on June 30, 2021, but an agreement for an early termination could materialize in the coming weeks as he wants to leave.