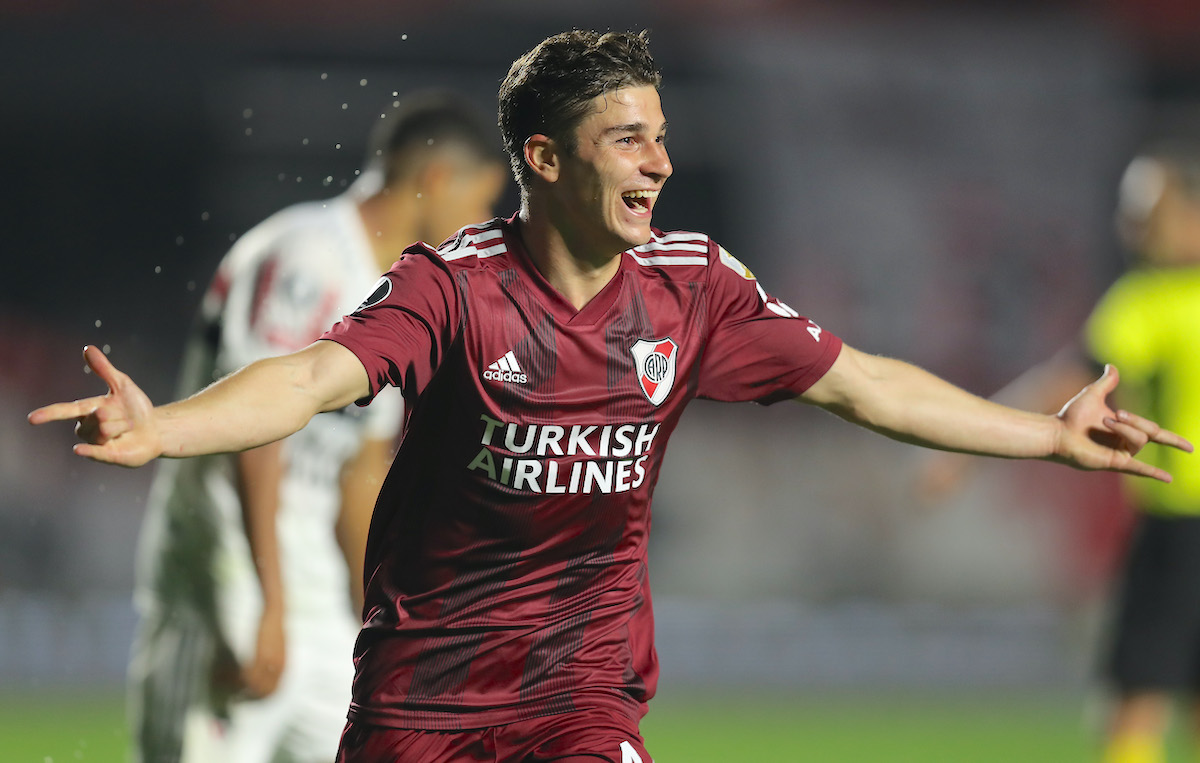 River Plate have launched an effort to thwart AC Milan’s bid to try and sign star forward Julian Alvarez, a report in Argentina has claimed.

MilanNews are among the sources that have claimed Milan are closely following the 21-year-old Argentina international, who has amassed 15 goals in 16 league games this season plus 6 assists playing as a striker, including 10 goals in his last 6 appearances and 4 in his last game alone.

According to TyC Sports (via MilanLive), River Plate do not want to let their latest prized young academy product leave for Europe on the cheap which is why on Tuesday there was a meeting with Alvarez’s agent to discuss his future. Los Millonarios’ goal is to extend his deal by a year or two from the current December 2022 deadline, but keeping his release clause.

The River Plate management are optimistic and is confident that they will be able to find an agreement with the player’s entourage as they also intend to leverage the Qatar 2022 World Cup by saying he would have a better chance of a call-up if he stayed in Buenos Aires, given he may have a period of adaptation with a European club that could cost him.