Alessio Romagnoli was the hero once again as AC Milan moved back into the top four with a late win over Udinese.

Having lost Gonzalo Higuain to injury in the first half, it appeared that a somewhat toothless Milan side were heading for a 0-0 draw.

However, Bram Nuytinck saw red for the home side in added time, and Romagnoli made them pay by thundering a vicious strike into the top corner in the sixth minute of added minute.

The Rossoneri had the first half-chance of the game when Higuain found space to shoot but fired wide with a fiere left-footed strike.

Pussetto launched the home side’s first shot on goal not long after, forcing Gianluigi Donnarumma to palm his 25 yard attempt away for a corner.

Suso then went close to giving Milan the lead in the 14th minute when he was found by a lovely ball from Franck Kessie, but the Spaniard curled his effort just wide of the far post.

Kevin Lasagna wasn’t far from opening the scoring with his neat near post flick after edging in front of Alessio Romagnoli, though his effort was just wide of Donnarumma’s right post.

Ter Avest then had a chance to give Udinese the lead when a feed from Lasagna found him at the far post, however he dragged his effort well wide. 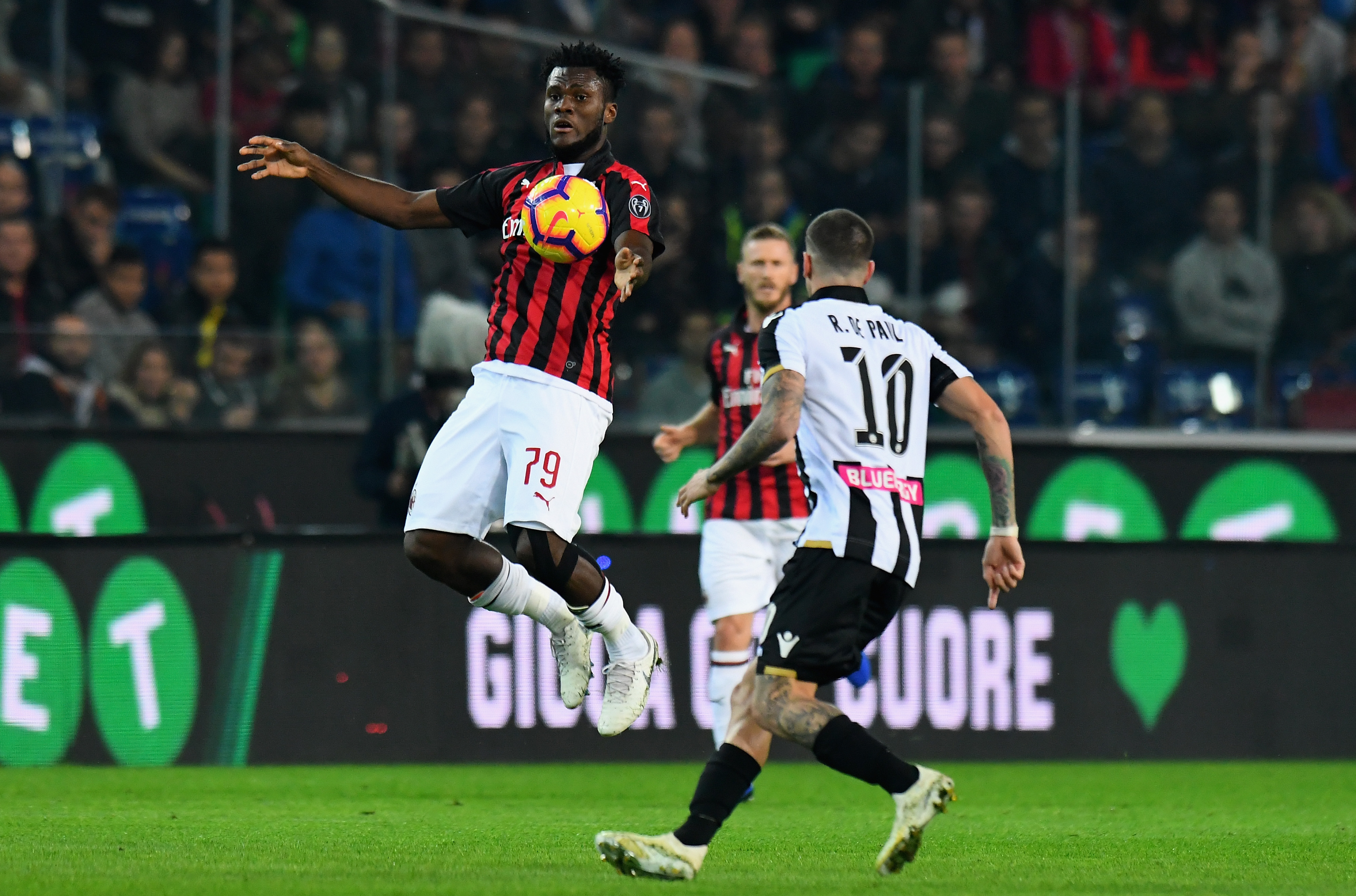 Juan Musso was called into action in the Udinese goal just before the half-hour mark when Suso fizzed a free-kick on target; the ball eventually parried to safety.

Great work by Diego Laxalt saw Cutrone go through on goal, but Musso was equal to his effort which was heading for the top right corner.

Gattuso’s side opened the second half by applying pressure, the first real attempt coming 12 minutes in when Castillejo forced Musso into a full-stretch save with a stinging 20-yard effort.

Great work by the Spaniard down the left then saw him tee up his countryman Suso, but he couldn’t keep his effort down despite being in acres of space on the penalty spot.

Castillejo tested Musso with another curling effort with just under 15 minutes to go – again the home keeper was equal to his effort.

The on-loan Villarreal man again had space to shoot when a tackle from Fabio Borini sparked a counter-attack. However, similar to the earlier Suso chance, he did not get a sweet connection on his effort from the penalty spot and Musso saved easily.

Lasagna forced Donnarumma into a smart low side in the 85th minute as the hosts offered a brief reminder of their threat.

It seemed as though the last major incident of the game came in the third minute of added time when Nuytinck was harshly shown a red card by referee Marco Di Bello for a trip on Castillejo.

However, just as he did against Genoa four nights earlier, Romagnoli proved to be the hero. Milan led a late break and had four players inside the Udinese box, passing it about until Suso found the centre-back in space, and the former Sampdoria man thundered an effort past Musso into the top right corner.

There was further drama as the goal went to VAR for offside, but upon replay the goal was rightly awarded.