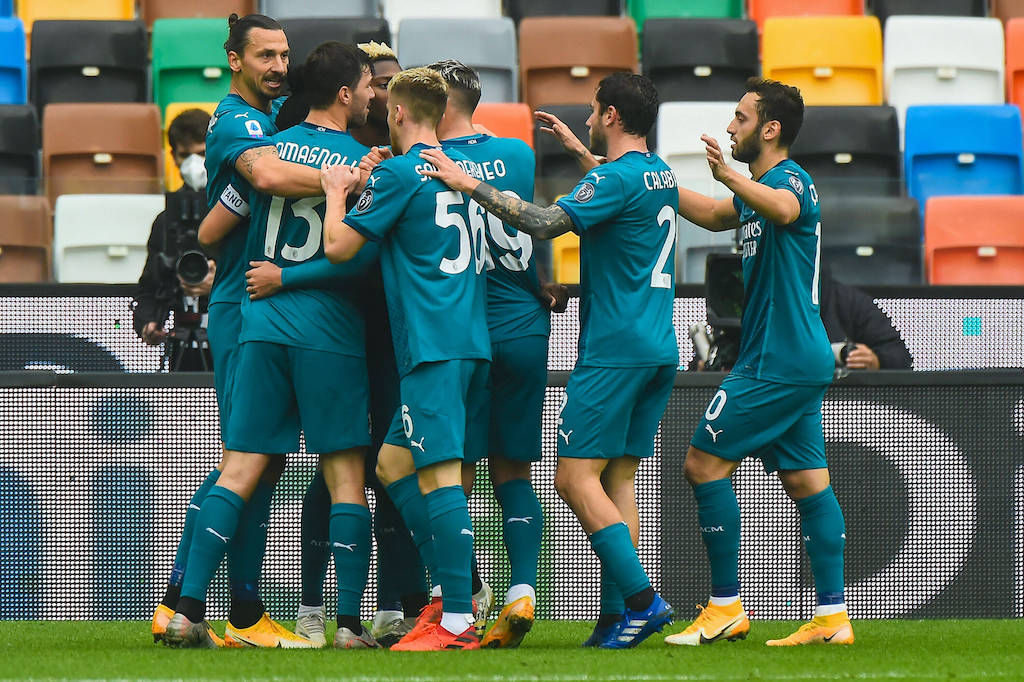 Coming off a rather disappointing 3-3 draw against Roma, Milan travelled to Udinese with the three points in mind at a stadium they’ve lost in five of their last ten, and they got the win.

It wasn’t the most spectacular of games, but the Rossoneri managed to get the job done, which was crucial for them in order to keep hold of top spot.

Zlatan Ibrahimovic was the standout player as the Swede managed a goal and an assist to bring home the win in a game where not everything was clicking for his team-mates.

Incredible ball control to provide the assist for Kessie on the first goal and brilliant acrobatic skills to score the winner. We’re running out of words to describe Ibrahimovic as he continues to be crucial to the team time and time again.

While Milan are thinking of his future replacement as it is only logical, the Swede continues the impress the football world with his performances as he just can’t stop scoring. Since returning to Milan he contributed to 23 goals in 22 league games (17 goals and 6 assists).

It’s not only the scoring part that’s impressive – it’s also his overall gameplay which has been brilliant since the start of the season. Simply Zlatan.

Ante Rebic finally got back on the pitch against Udinese after his dislocated elbow and immediately brought some creativity and flair to the game.

While he had little time, the Croatian had a few good moments and didn’t look rusty at all. He also had a crucial part in the goal that gave Milan all three points as it was from his cross that Ibrahimovic managed to score the winner.

It was a limited performance for Rebic in terms of time, but the signs were positive and the competition with Leao is about to begin.

Another man who did a fine job on Sunday was Stefano Pioli. The coach rotated his squad well in the second half providing some freshness to a seemingly tired side.

Tonali and Diaz kept the tempo of the game high with Brahim providing that extra flair on the right and showing off his lovely technique.

Later on, Dalot and Rebic were also introduced to the game with the latter having a big role in the second goal of the game. Overall it was a well-managed game by Pioli who redeemed himself somewhat for some questionable substitutions on Monday night.

While a winning mentality was somewhat non-existent in the past few seasons, things are finally starting to change around. With the arrival of Ibrahimovic and Kjaer last January the team have improved their technical and mental levels drastically.

All of the young players have been growing and maturing and it’s clearly seen that their mentality is different right now as they always seem hungry and fighting for a win late in the game.

This was also seen even when Ibrahimovic was absent for a few games and it just shows how much the players have grown in a matter of half a year. Pioli has to receive credit for this as well, as the team look ambitious and confident.

While Milan have been playing amazingly since post-lockdown it wasn’t exactly the case against Udinese. The passes were a bit slow and not everything was going Milan’s way and yet they managed to steal the win.

These are the type of games that really reinforce that winning mentality and separate the champions from the rest – or at least a Champions League worthy side.

Games that are not going the way you want but ones where you still manage to get the win are absolutely vital. Milan have had some really enjoyable games to watch, but in a season where the schedule is going to be tight and there will be fatigue, winning games when not playing anywhere near full potential will be vital.