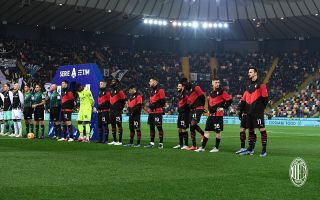 After dropping out of Europe with a loss to Udinese in midweek, the only focus for Milan has become Serie A and potentially putting up a fight for the Scudetto with an away game at Udinese the first obstacle.

However, Milan looked nothing like themselves as they failed to create dangerous chances and once again appeared to be leaky at the back. They even gave the ball away cheaply through the middle to allow the home side to take the lead before half time through Beto.

After the interval Milan still struggled to make things happen despite a triple change. The press wasn’t working as it should have and the players were slow to move the ball around. The general lack of creativity has been a problem for Milan for a while now as their injury crisis in the attacking department continues.

Fortunately, Zlatan Ibrahimovic got an equaliser in the dying minutes of the game to salvage a draw, but it was evident that Milan was having troubles and they need to be addressed as early as January if the team were to go on and fight for the Scudetto. Here are five things we learned…

One of the strongest parts of Milan’s game has become one of the worst as the Rossoneri continue to struggle to keep a clean sheet and also persist in conceding plenty of sloppy goals in recent weeks.

Theo Hernandez wasn’t on the needed level as his shaky performances continue. The Frenchman wasn’t convincing when going forward either as he just couldn’t make things work and lost the ball a lot.

Down the middle, Tomori was also a bit off pace and so was Romagnoli, who again after a lovely display against Liverpool failed to be convincing in keeping Beto quiet.

Even Florenzi still struggled a bit and didn’t bring a lot to the table. It’s quite evident at this point that Calabria is needed on that right flank in order to get Alexis Saelemaekers going as well with the two having good chemistry. The same goes for Theo as he struggles when Rebic or Leao are injured, failing to make the same impact he usually does, but the time for excuses is over.

With Leao, Rebic and Giroud all out injured, Milan’s attack is struggling to produce goals. Brahim Diaz has three goals and three assists this season, but after Covid-19 he has been a mere shadow of the player he was in the first few fixtures.

Saelemaekers and Krunic are simply not the type of players that rack up goals and assists while Ibrahimovic clearly can’t create chances on his own as much as he might try with his flick-ons and knock-downs. 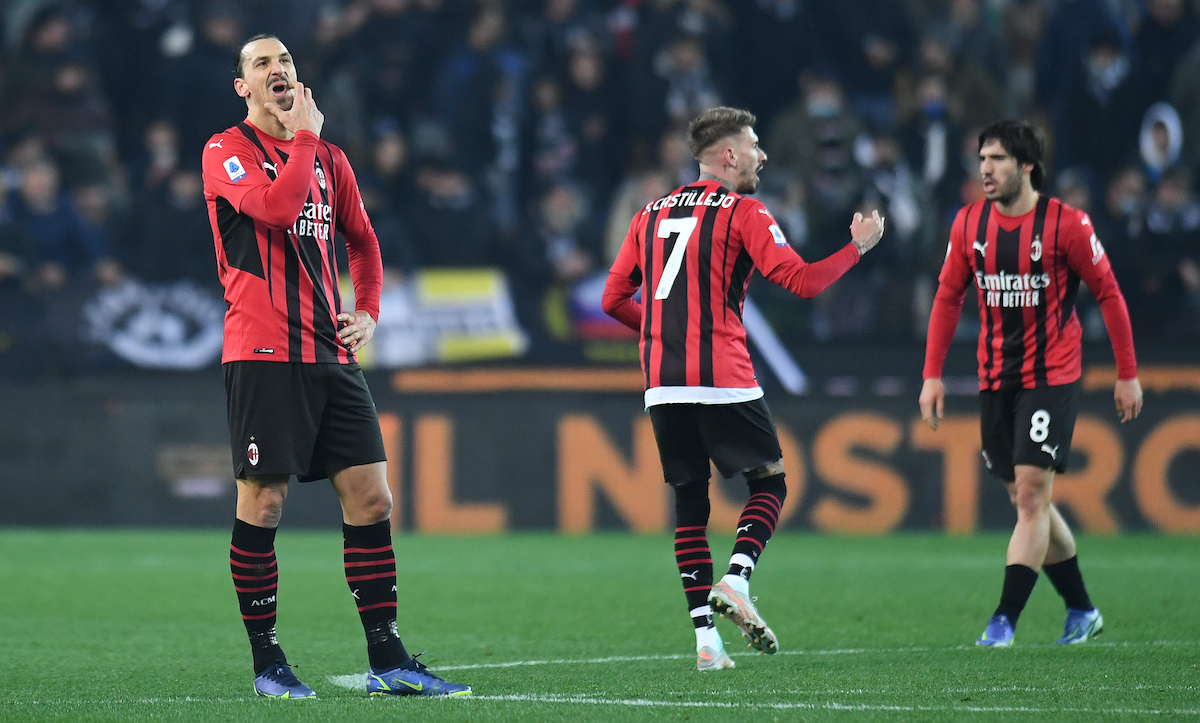 Junior Messias has had a couple of decent performances, but also is struggling at the moment and the management needs to address this in January, before it gets worse for the team. The only positive now is that without the Champions League and after a good rest around Christmas, the squad could potentially recover some players and have less injuries due to having a less hectic schedule.

Bakayoko continued to disappoint in the midfield, but this time Bennacer also joined him with a very poor display. The Algerian’s pass to the Frenchman caused the goal as both players didn’t seem to be focused in that particular moment.

Excluding that error, the two still had a woeful game in which they failed to moved to ball fast enough and make life hard for Udinese. Most of the passes were also sideways, lacking any sharpness as the two were unable to put pressure onto their hosts.

Tonali and Kessie looked significantly better in the second half, but with the lack of firepower in attack, the Rossoneri still struggled to turn around the game.

4. Knocking on the door

Daniel Maldini came on for 15 minutes towards the end of the game and was involved in the goal as he got an assist after his header ended up around Zlatan with the Swede getting his goal after an acrobatic effort from six yards out.

With Brahim Diaz struggling to produce… well, anything at this point – the moment might be right right time for Pioli to give Daniel Maldini a bit more playing time. The youngster started preseason off well and played a couple of games, but hasn’t been involved a lot as of late. 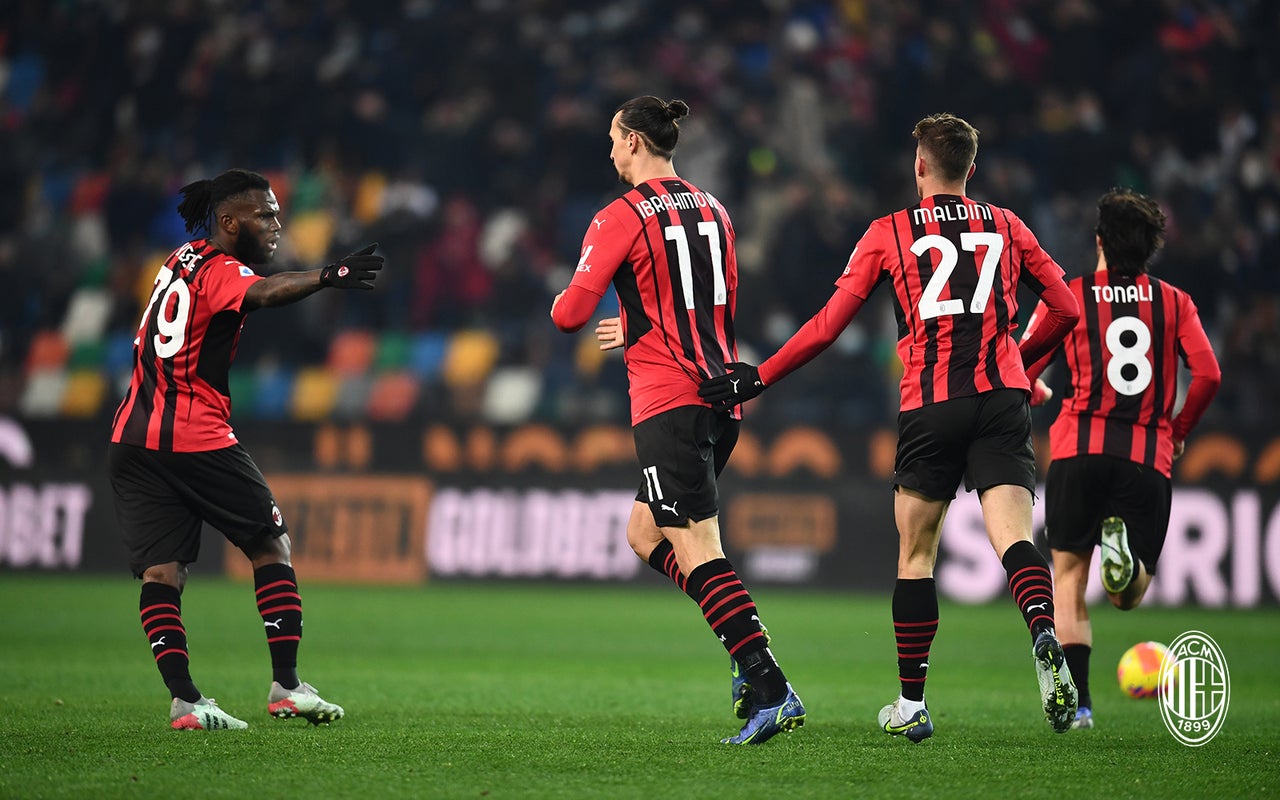 With injuries and players struggling for form it looks like Pioli doesn’t have much to lose if he decided to field the youngster and nobody would really blame him.

5. Elephant in the room

Ibrahimovic was the man to save the day yet again, but that doesn’t mean he had a perfect game prior to the goal. Here’s the thing: with a player like Zlatan, at the age of 40, Milan either need strong players behind him, that can create chances for him and the Swede clearly still can put those at the back of the net, or they need a younger striker that can create a bit more for himself and impose himself more in the game to compensate for the lack of quality behind him.

The management needs to make a decision as Pellegri hasn’t worked out and Giroud continues to battle physical problems. Zlatan can score goals, we know that by now because he is top scorer again, but he needs some help.