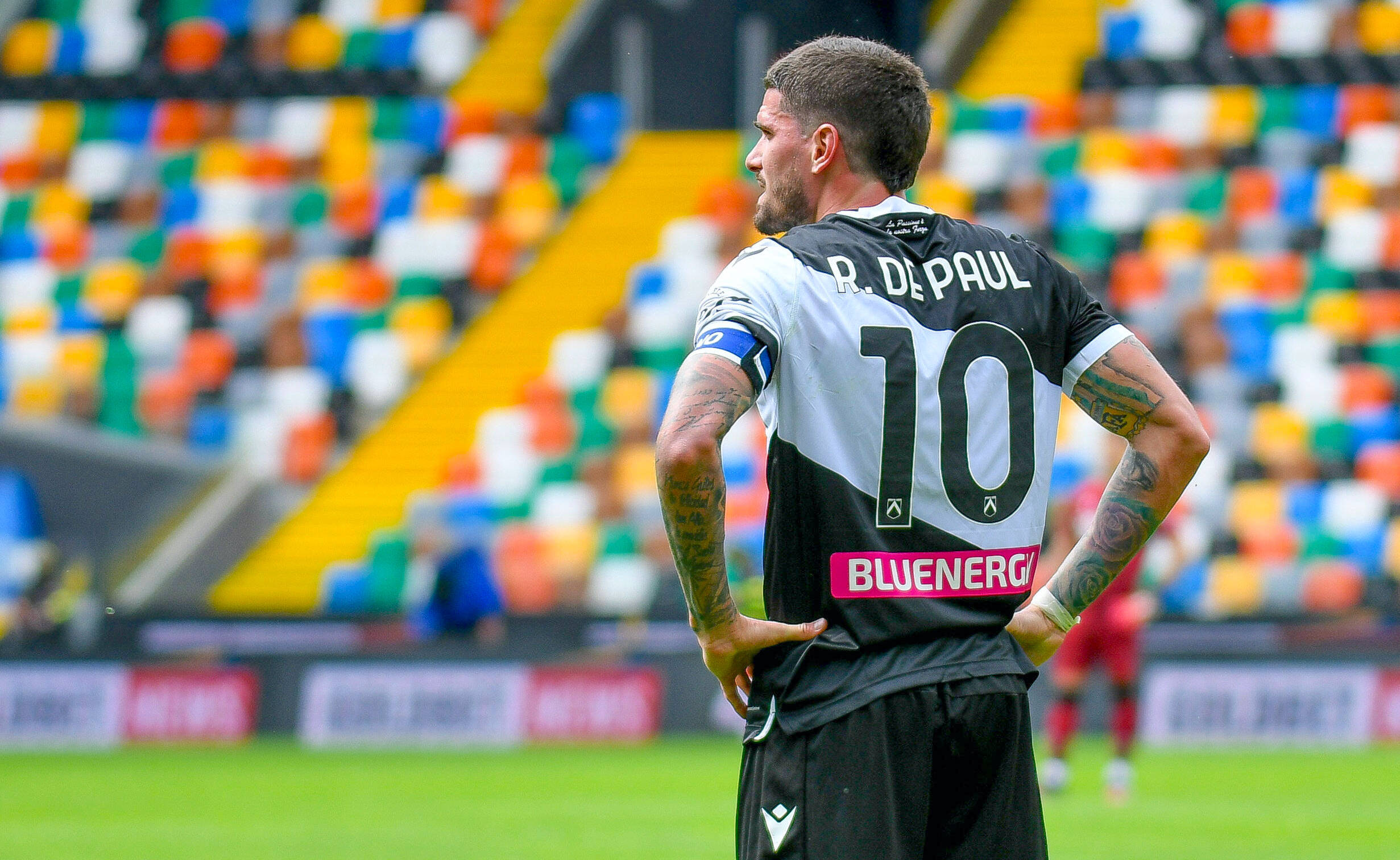 Udinese star Rodrigo De Paul appears to have confirmed his desire to try a new challenge this summer, having given everything he can to the Friulians.

De Paul has 18 combined goals and assists in the league so far this season (9G, 9A), which has led to an abundance of speculation that he could make the jump to a top club in order to compete for trophies, given he is in the prime of his career.

For example, La Gazzetta dello Sport (via MilanNews) reported yesterday that De Paul is Milan’s first choice target for the attacking trident. Udinese values ​​the player at no less than €40m which has forced the Rossoneri management to come up with a creative solution to try and land him, offering Jens Petter Hauge as a counterpart plus a cash adjustment.

He spoke during an interview with La Gazzetta dello Sport about what the future might hold amid links with some top clubs, and refused to give too much away.

“10 is a number I like, but I saw it in another way. Totò [Di Natale] had made his story and he will forever be the 10th of Udinese. I wanted to write mine. That number gives me confidence. Everything went well, my story is written,” he said (via MilanLive).

“My future? What I had to say I told the club. But I can’t say more. By now I’m used to the fact that people talk about me. Here, however, people love me and I am now the captain of this team.

There has been strong speculation that Atletico Madrid are keen on signing the 26-year-old as well as there being some interest from the Premier League, and De Paul doesn’t appear to have a preference.

“I watch all the leagues with interest. But I just don’t think about it. I know there are teams interested, but I have Sunday’s game in mind.”