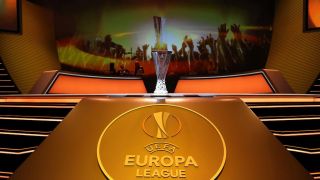 AC Milan have found out the possible teams that they could face during the third qualifying round of the Europa League.

On Monday, it was confirmed that Milan will meet League of Ireland side Shamrock Rovers in the second round of the Europa League qualification stage.

The match – which will just be a one-legged affair – will be played on 17 September. If necessary the clubs will resort to extra time and penalties. This season, all UEFA Europa League qualifying matches will be played behind closed doors.

The draw for the third qualifying round will take place on Tuesday at 13:00 CET, and as with the draw for the second round, UEFA have also reduced the teams to groups.

Milan’s possible opponents are as follows: if the Rossoneri beat Shamrock Rovers they will meet either FC St. Gallen of Switzerland, the winner of Bodø/Glimt (Norway) vs. Žalgiris Vilnius (Lithuania) or the winner of Dunajská Streda (Slovakia) vs. Jablonec (Czech Republic).