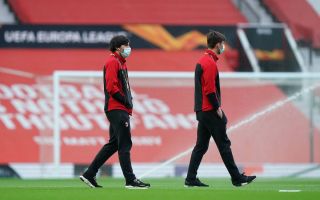 Sandro Tonali will play no part in the rest of the games over the international break after he got a three-game ban following a nasty stamp.

It has been confirmed by UEFA that they have suspended the midfielder for three games after his sending off in the 1-1 draw against the Czech Republic on Wednesday night, meaning he will miss the rest of the group stages of the U21 European Championships.

The ruling has come from UEFA’s Disciplinary Commission after he was shown a straight red card for quite clearly standing on Ondrej Sasinka after 84 minutes in what was a very naive bit of conduct from the 21-year-old.

Not only that, but UEFA have dished out additional one-match bans to Riccardo Marchizza and Milan centre-back Matteo Gabbia too. The former was sent off after picking up a second yellow card in stoppage time, whilst Gabbia has been suspended ‘for violation of the rules of good conduct’.