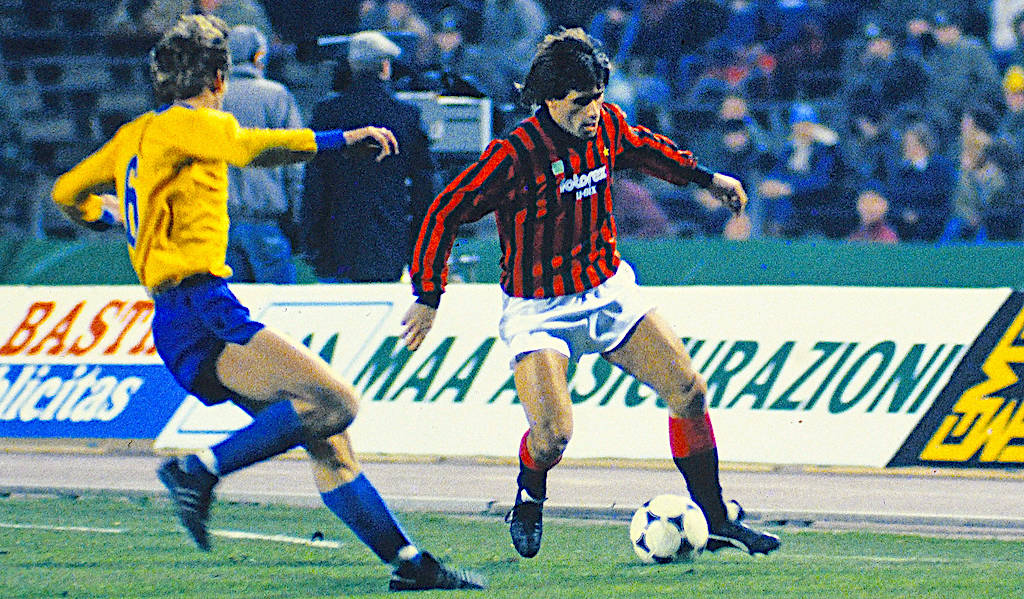 The ‘Totonero’ scandal of 1980 resulted in Milan being relegated to Serie B as a punishment for their involvement. This was a cause for concern as it could have jeopardised the history of the club because the team would have to bring in new faces.

As we saw earlier one of these new faces was the legendary fullback Mauro Tassotti, yet the 1980-1981 Serie B season would also serve as a platform for another unsung hero to make his debut, Alberico Evani.

Evani’s debut came during the final game of the 1980-81 Serie B season against Pescara. Milan were already confirmed as league winners and set to return the top flight of Italian football so naturally they could afford to give the 18-year old some game time.

As Milan found its way back into the top spots of Serie A later on in the 1980s, Evani kept his place in the much more stacked Milan squad in part due to his ability of being a utility player capable of performing as a full-back, winger and central midfielder.

In his initial years at the club Evani was used more frequently as a left-back but when Sacchi took over the management of the club in 1987, Evani transitioned into the left wing role due to the emergence of a young Paolo Maldini.

Despite the permanent change in position, his role at the club remained an active one and as a result was able to participate in Milan’s many successes in the late 80s and early 90s. Under the management of Sacchi, Evani would win his first league title in the 1987-88 season and his first EUFA Champions League title in the subsequent 1988-89 season. 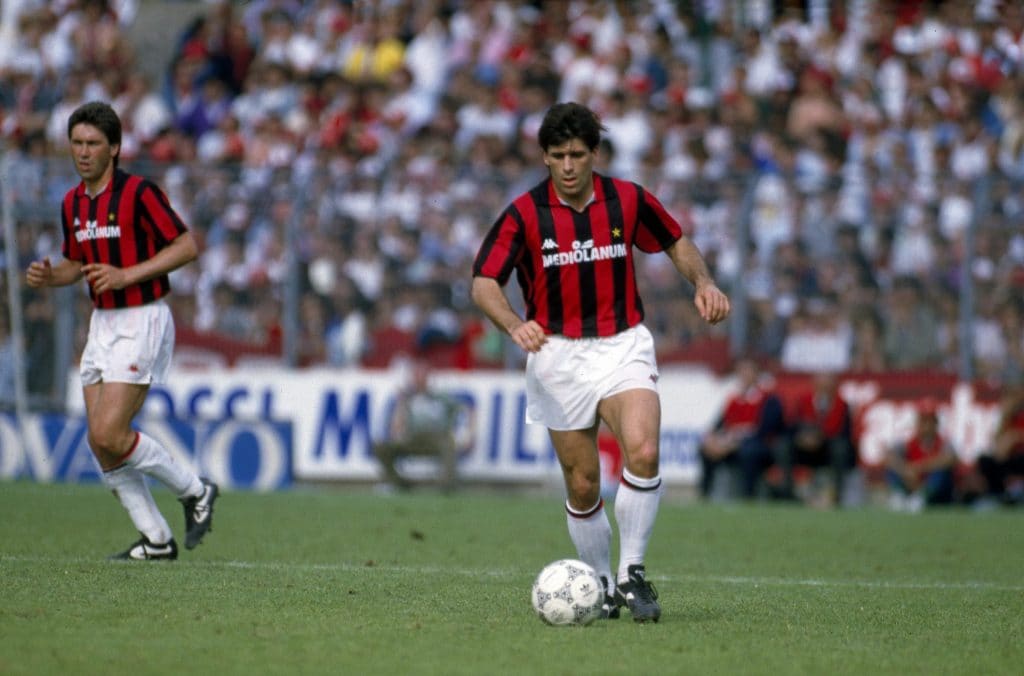 One of his most impactful moments arrived during the 1989 Intercontinental Cup final. Evani came in as a second half substitute in a match that was still deadlocked. The goalless tie was still in effect when the game went into extra time and all roads where seemingly pointing to a penalty shootout.

In the last seconds of the extra time period, Milan were given a free-kick on the edge of the box which Evani curled into the bottom left corner to beat legendary Colombian goalkeeper René Higuita. The goal proved to be the winner giving Milan their first ever Intercontinental Cup. Evani was subsequently named as Man of the Match for his performance.

Evani would go on to feature in 393 official matches for Milan until 1993 before leaving to join Sampdoria. At Milan his achievements included 3 Serie A titles, 2 UEFA Champions League titles and 2 Intercontinental Cup titles. During his experience with Sampdoria, Evani would win his first and only Coppa Italia trophy alongside legendary teammates such as Gianluca Pagliuca, David Platt, Roberto Mancini and his former AC Milan teammate Ruud Gullit.

Despite only appearing 15 times for the Italy national team, Evani featured in the 1994 World Cup squad led by his former manager Arrigo Sacchi. Evani was also able to score in the penalty shootout against Brazil despite eventually losing the shootout.

Following his retirement, Evani moved into coaching, gaining experience as a youth coach in AC Milan’s Allievi Nazionali. Along the years Evani progressed further in his coaching of young players and also featured as a head coach for Italy’s Under 18, Under 19 and Under 20 squads.

Evani is currently the assistant coach to former teammate Roberto Mancini for Italy’s senior national team and also acted as the team’s coach for two games in November of 2020 due to Mancini testing positive for COVID-19.

Despite not being one of the most recognised faces in AC Milan history, ‘Chicco’ Evani’s hard work, dedication and talent for the Red and Black shirt made him of the most important factors in Milan’s comeback. It is therefore no surprise that these qualities have made him a good coach, able to transfer the qualities that made him a Milan hero to the newest generation of Italian football.