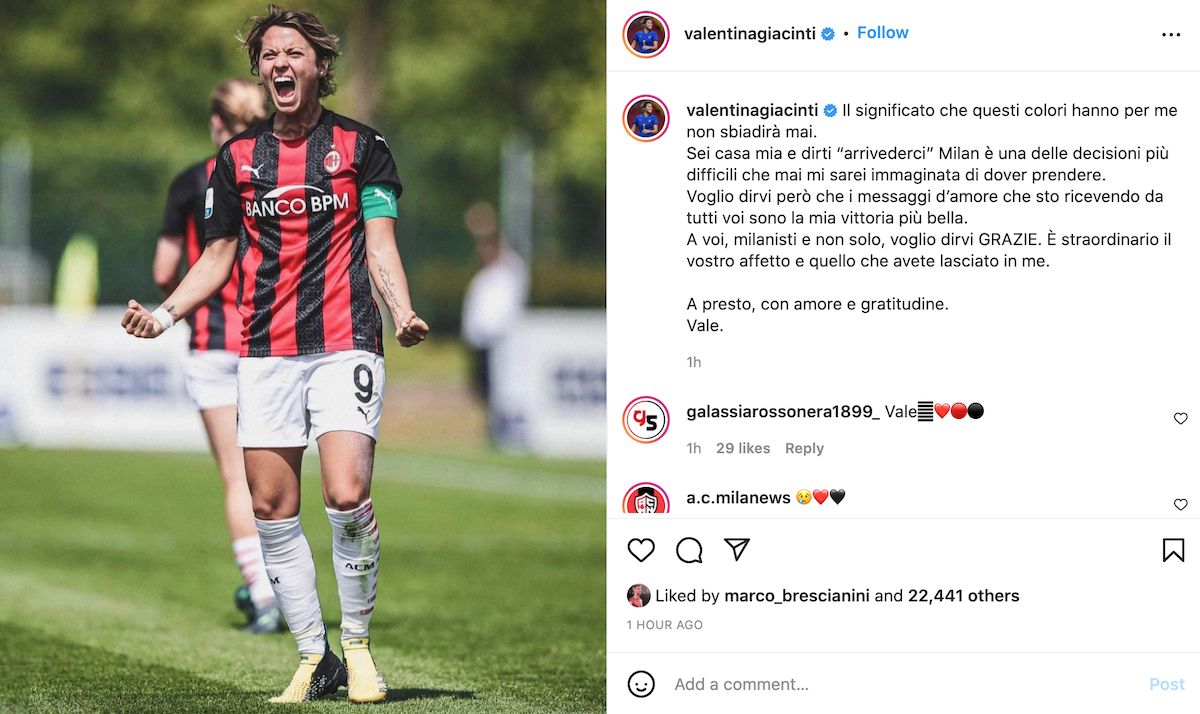 Valentina Giacinti announced her departure from the AC Milan Women on Instagram via an emotional statement.

As was noted before, the former Milan captain will head to Fiorentina on loan for the rest of the season. The reason for her departure seems to stem with her ongoing conflict with coach Maurizio Ganz. The striker’s departing words were as follows…

“The significance of these colours will never fade for me. You are my home and saying ‘goodbye’ to Milan is one of the most difficult decisions you will ever imaging making,” she said.

“However, I want to tell you that the messages of love that I am receiving from all of you are my most significant victory. To you, the AC Milan fans and not just you, I want to say, THANK YOU. Your affection is extraordinary and you have left a lasting impression in me. See you soon, with love and affection.”