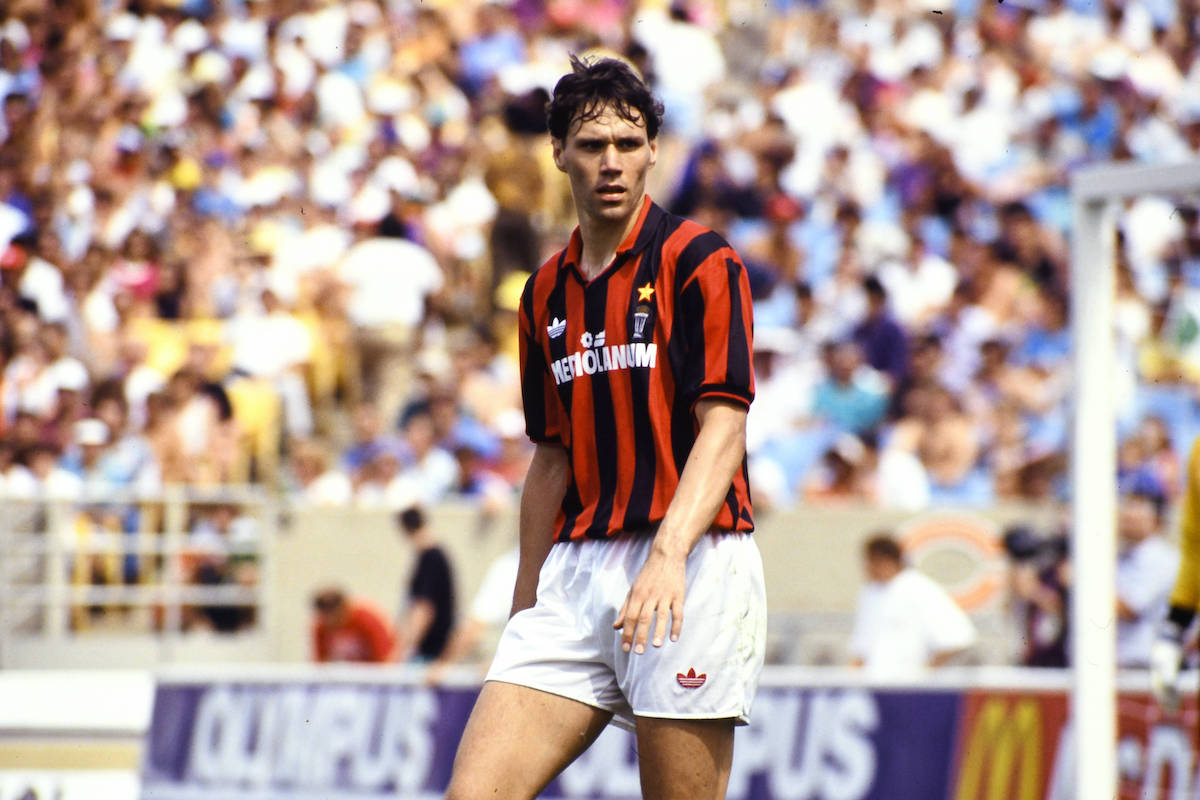 Marco van Basten has made the accusation that AC Milan should have won the Scudetto in the 1989-90 season, but Serie A wanted Napoli to win it.

The Dutchman scored 125 goals for Milan across all competitions in an eight-year spell at the club and is widely regarded as one of the best centre-forwards of all time. He is a three-time Ballon d’Or winner, which certainly helps that argument.

His career was cut short due to a persistent injury, but he still managed to win 10 major honours with the Rossoneri and played in one of the greatest club sides in football history under Arrigo Sacchi – a man he actually revealed he didn’t get along with.

The Dutchman spoke during in an interview with AS, and was asked about the year references and the idea that refereeing favours gave the title to Maradona’s Napoli.

By now we know that Van Basten speaks like an open book, and he did not hesitate to discuss some of the officiating.

“The refereeing scandals against Milan, Inter and Verona were incredible while there were continuous favours for Napoli. The match that was given to them in Bergamo against Atalanta for the episode of Alemao was something absurd. Napoli won that Scudetto inside the offices.”

“He was obsessed with tactics, in his sleep he was screaming at defensive tactics. He thought about football 24 hours a day.”

On Zlatan Ibrahimovic, he added: “Ibrahimovic has already amply demonstrated that physical condition is not incompatible with technique.”

Finally, on when he retired: “It was very hard, I practically lost my life and what I loved most. In the last few years of my career I have lived with pain, my life was no longer normal. It wasn’t the defenders’ fault, but the doctors who didn’t know how to cure me at all.”