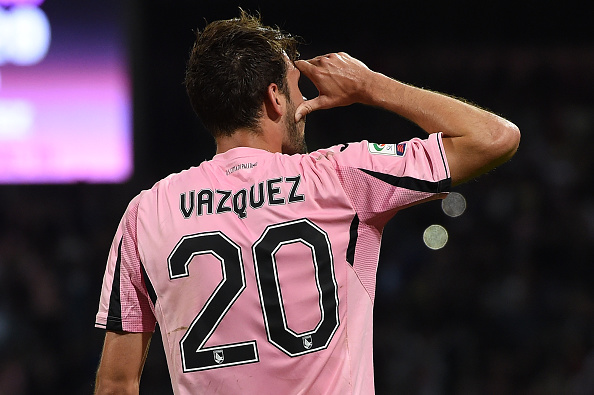 The rossoneri don’t have an option for the Argentina-born Italian player, but a gentlemen’s agreement, as well as Juventus had last year for Dybala.

Now, the Lombard club’s Chief Executive Adriano Galliani is ready to swoop on the 27-year-old. Not only Galliani admires the former Belgrano man, but also all the scouts who have been observing him and even Milan’s boss Cristian Brocchi; and even former Empoli head coach Marco Giampaolo, who could replace Brocchi on the rossoneri’s bench, has been contacted and he has agreed to the eventual transfer.

Moreover, Galliani has already contacted the player himself, and he would be happy to move to San Siro; on the other hand, the Sicilian club’s Maurizio Zamparini ask €18 million for the Italy international, while Milan hope to sign him for €15 million including bonuses. However, it will be up to Silvio Berlusconi to make the final decision.