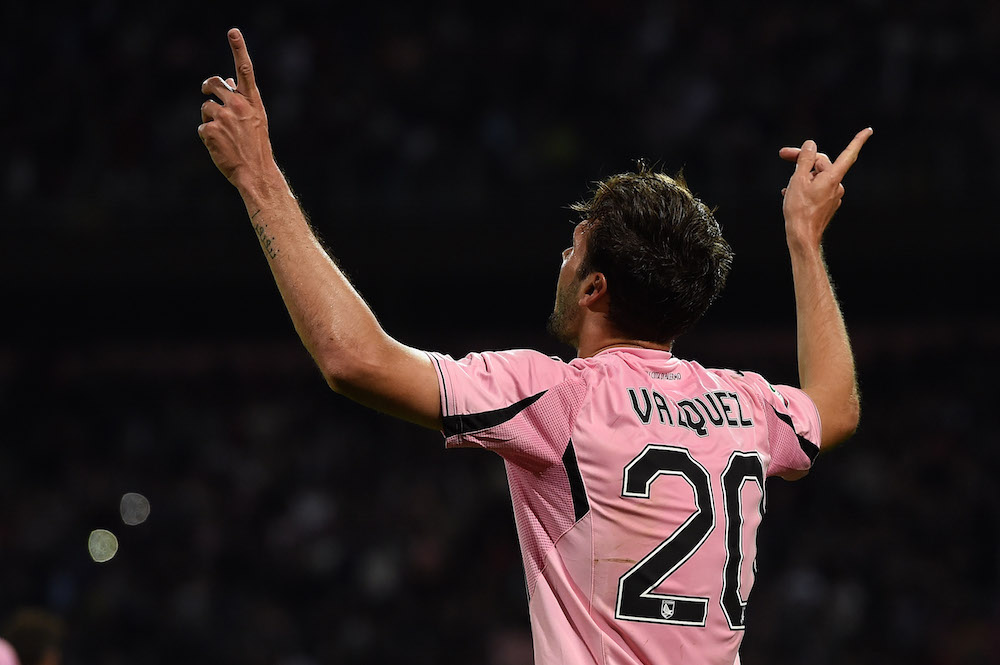 Vazquez preparing for life away from Palermo

Franco Vazquez, the Palermo playmaker often compared to Milan, spoke on Radio Next 97.1.

He spoke about the president Zamparini, with whom he has a very special relationship.

“I am grateful to him for bringing me to Palermo, but now I have to look forward. Nothing about my future [is decided yet], but when there is an agreement between him and another club I’ll just catch a plane to go to sign.

“The President does the price. If he does not accept [any offers], then I will stay at Palermo, I have a contract until 2019. I do not think that will happen, though.”

This comes after reports from Dario Massara, who told SkySport24 and reiterated that the Milan market is currently locked.

“Right now at Milan are blocked because of the possible sale of shares to the Chinese and now also for the health of Silvio Berlusconi.

“The market is still, the only contact there was in these days is that between Galliani and Zamparini for Franco Vazquez.”