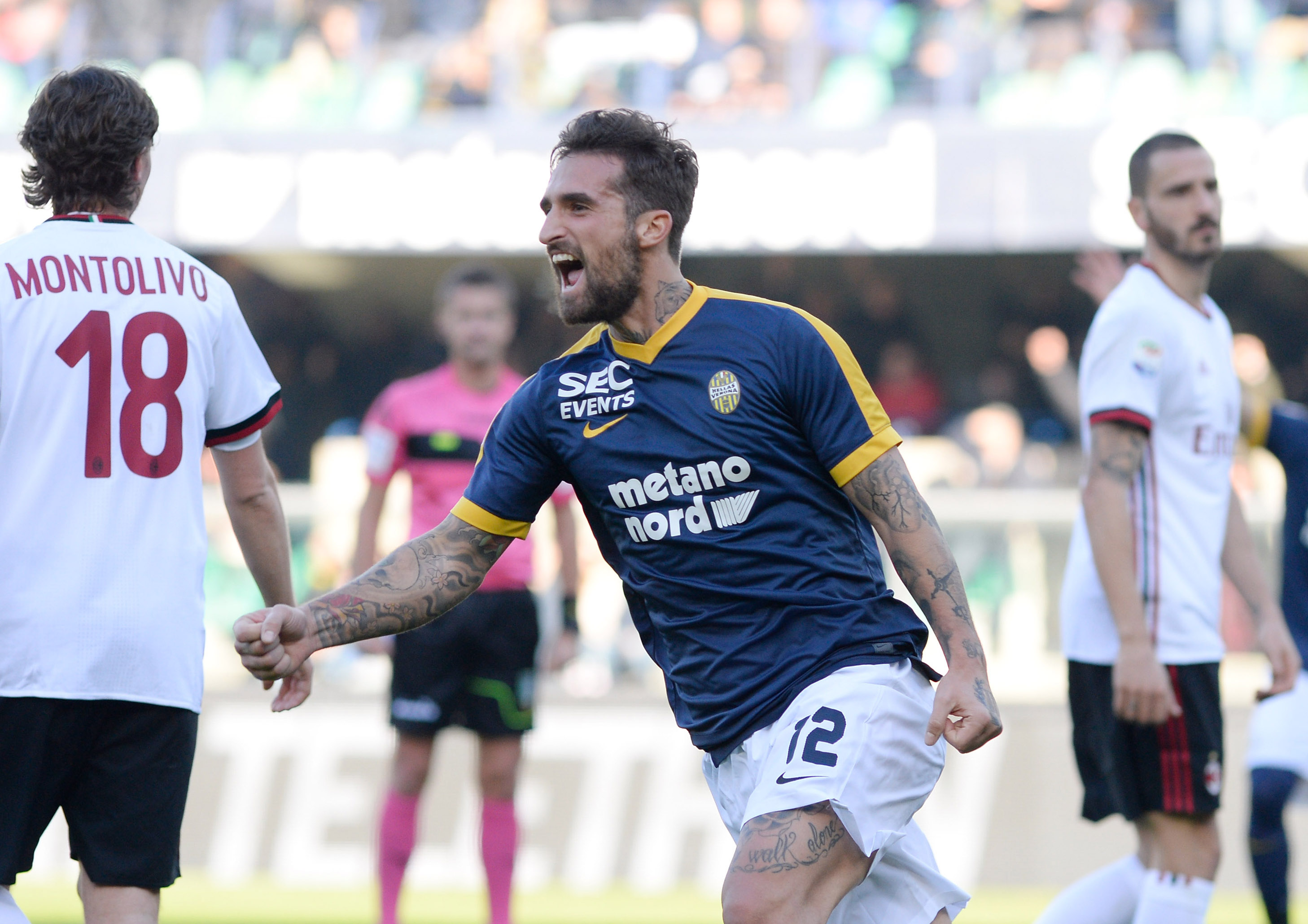 AC Milan suffered another blow in Serie A as they went down 3-0 to Hellas Verona at the MarcAntonio Bentegodi on Sunday afternoon.

A first half header from Antonio Caracciolo set the pace for what was a difficult afternoon, with Moise Kean and Daniel Bessa adding further goals in the second half.

The result lifts Verona out of the bottom three, and also means that Milan have taken just one point from the bottom two teams in their recent fixtures (the other being a draw at Benevento).

The Rossoneri were the first to test the goalkeeper as a quick-fire shot from striker Nikola Kalinic was well caught by Nicolas.

The Croatia international had another chance in the 17th minute as Milan led a breakaway with Suso finding Kalinic, who saw his low curling shot deflected narrowly wide.

However, in the 24th minute it was to be the home side who took the lead. A corner was whipped in from the right by Romulo, and a towering heading from Caracciolo saw the ball crash in off the crossbar.

As Gattuso’s side searched for an instant equaliser they were almost rewarded instantly as Franck Kessie’s low shot was parried away.

Suso had the two best opportunities to level the scores before the break as he first saw a shot is saved by Nicolas, with the rebound being take away from the Spaniard’s path by Heurtaux.

Then, he lined up a textbook free kick from the right side which Nicolas was on hand to save once again.

Despite the pressure from the visitors, it was Verona who doubled their lead 10 minutes into the second half. Daniel Bessa found space to cross from the left side, and his low ball found Moise Kean who tucked home with a precise finish.

Milan continued to push for a way back into the game, forcing Nicolas into action on a couple of occasions before Leonardo Bonucci headed a corner wide in the 73rd minute after being left unmarked.

Any chances of a comeback were killed soon after however, as former Inter player Daniel Bessa converted a Romulo cross to make it 3-0.

The final nail in the coffin came for Milan in added time as Suso saw red for a stamp following VAR review, meaning he will miss the next three matches.