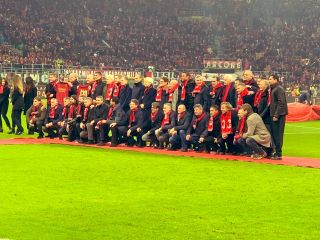 A number of AC Milan legends were on show at San Siro on Sunday to celebrate the club’s 120th birthday.

There was to be no birthday present for the Rossoneri though, as an inspired performance from 38-year-old Gianluca Pegolo kept the home side from scoring despite a number of clear-cut opportunities.