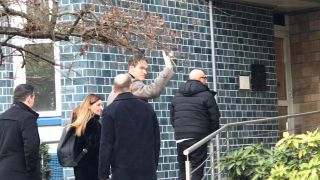 Goalkeeper Asmir Begovic has arrived at La Madonnina clinic to undergo his medical tests ahead of completely a move to AC Milan.

With Pepe Reina all but confirming his exit from the club, the Rossoneri have moved swiftly to secure a new back-up to Gianluigi Donnarumma in the form of Begovic.

Gianluca Di Marzio reported on Sunday that the 32-year-old is the first choice to replace Reina, and he is seemingly closing in on a move to Milan as he has arrived for his medical tests.

The Bosnian goalkeeper is in the Guinness world record book after scoring from 92.6 meters against Southampton in the 2013/14 season of Premier League.