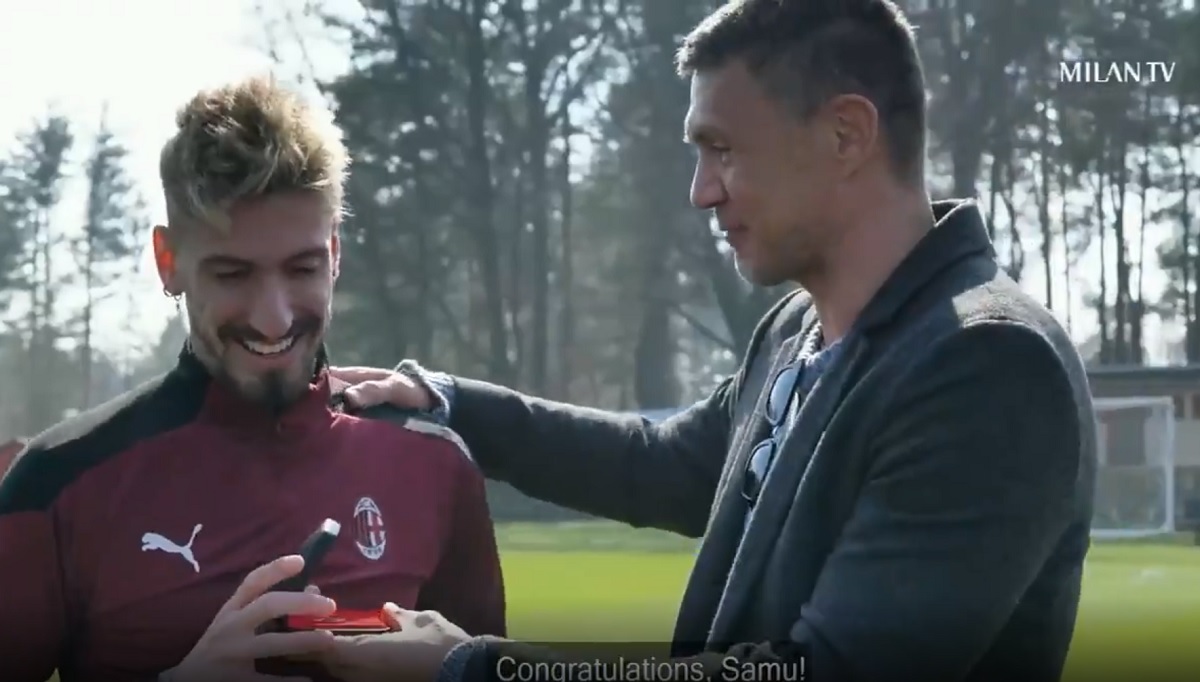 Samu Castillejo joined Milan in the summer of 2018, as a part of a deal that saw Carlos Bacca join Villarreal, and he has since made 100 appearances for the club (all comps). He was rewarded for this at Milanello.

As with any Milan player that hits this important milestone, he was given an award by technical director Paolo Maldini during today’s training session. In those 100 games, he has scored ten goals as Maldini pointed out.

Castillejo is expected to play from start against Napoli tomorrow, after starting on the bench against Man Utd. Take a look at the little celebration in the video below.