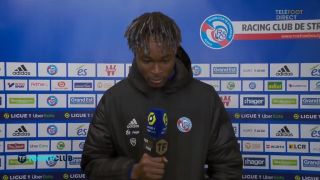 Milan are on the lookout for a centre-back ahead of the January transfer window, having struggled with depth in that position this season. As we saw in the summer, they seem to have a pretty good idea of their targets.

In an interview with Telefoot, conducted after the game against Lille, Paolo Maldini was asked about Mohamed Simakan and confirmed that there have been contacts. He also praised the player and Ligue 1 in general.

When asked about this last night, Simakan himself revealed that it was flattering to hear the words. Furthermore, he didn’t rule out a move to the Rossoneri in January (via Onze). Take a look at the video below.

“It’s quite flattering. It’s very kind of him. Maldini had a great career, he’s the best defender in history. I thank him for that, and we’ll try to show all that we can do afterwards. I must prove that those who believe in me are right. Today, I’m at Strasbourg. We will see for the rest in January,” he stated.

READ MORE: Tonali begins to light up on the pitch – Milan have a precise plan for him