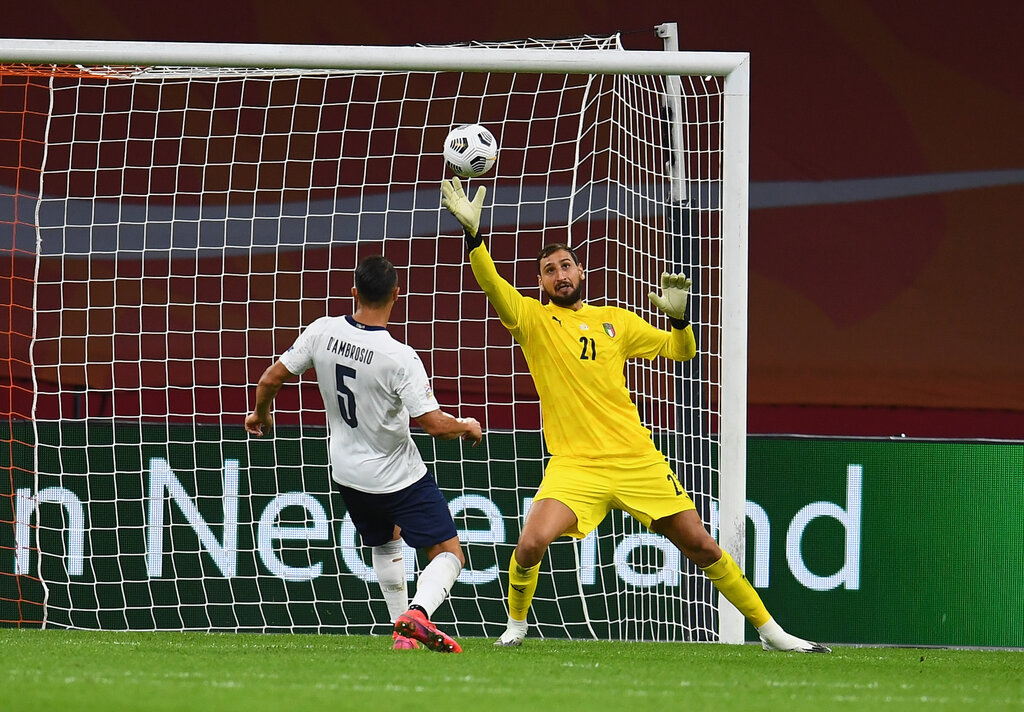 Italy managed to beat the Netherlands earlier this evening in the Nations League, defending their lead for most of the second half after Nicolo Barella opened the scoring. Gigio Donnarumma was the goalkeeper for the evening.

The 21-year-old was the only Milan player included in Italy’s squad for this international break, playing both games from the first minute. This evening, he helped the Azzurri preserve the clean sheet with several good saves.

However, one stood out and that was a reflex save on Donny Van De Beek, managing to get a slight touch on the ball and thus steer it away. Take a look at the video of the save below.