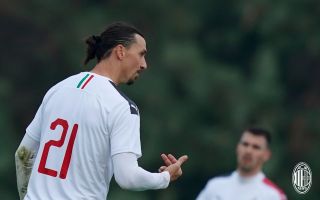 Earlier today, AC Milan played a friendly game against the fifth-division side Rhodense. As you would expect, they won the game convincingly, bagging nine goals in the process.

Zlatan Ibrahimovic didn’t waste any time, playing the game from start even though he arrived yesterday. The 38-year-old also managed to get on the scoresheet, giving the fans a taste of what’s to come.

Stefano Pioli played a different line-up for each half, giving several players the chance to impress. Take a look at the highlights of the game below.