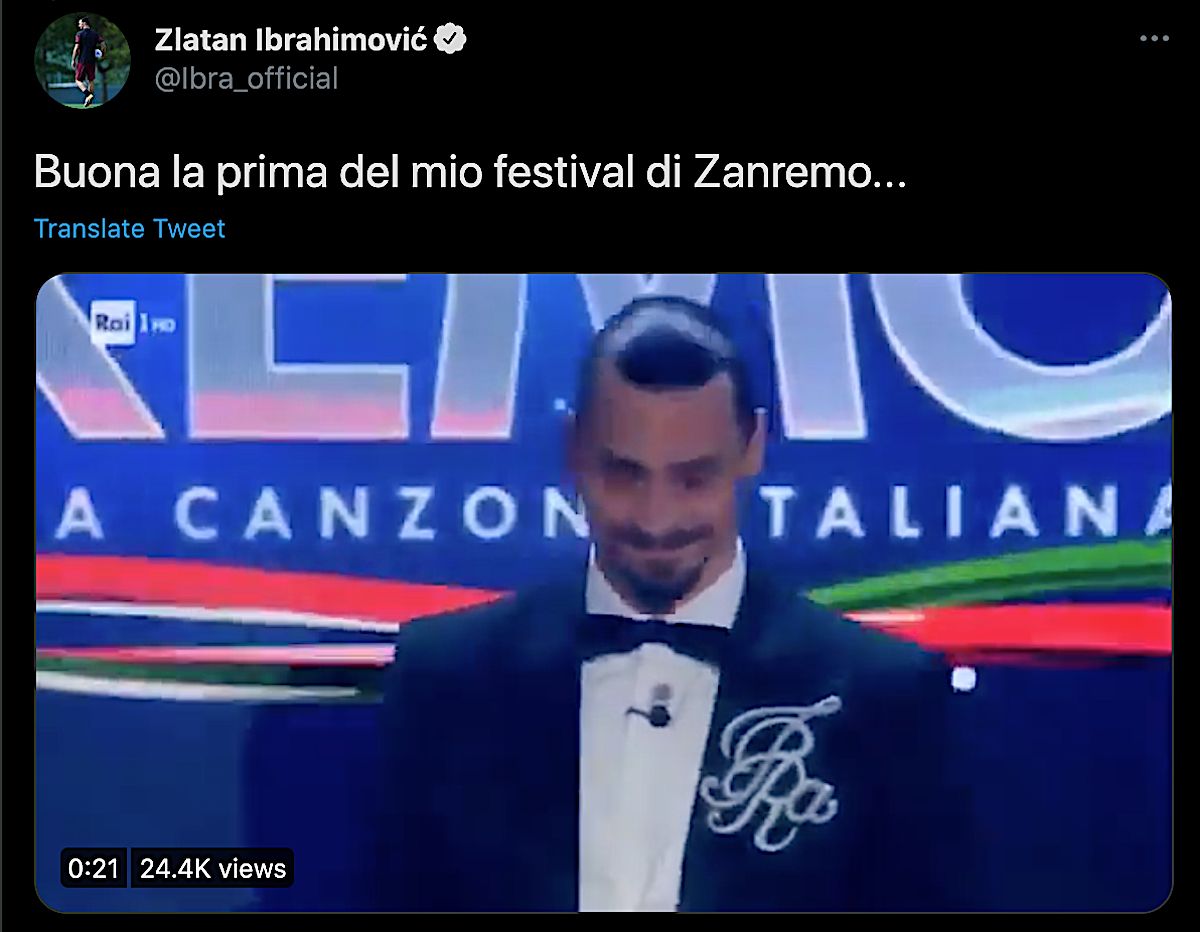 Zlatan Ibrahimovic has reflected on what he thinks was a ‘good’ premiere at the Sanremo Festival as the AC Milan striker took the stage.

Perhaps we shouldn’t have expected any different, but Ibrahimovic announced himself on the first night of the Sanremo in a typically bold way, cracking jokes and making the festival very much his own property.

Ibra clearly thinks the night went well, because he took to Twitter to post a clip from his introduction with the comment: “Good premiere at my Zanremo festival…”