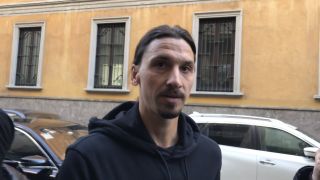 After landing at Linate Airport, Zlatan Ibrahimovic headed straight for La Madonnina clinic, where he just arrived to undergo the usual medical tests for his new club.

Just like at the airport, there were plenty of fans at the scene, capturing the 38-year-old’s arrival. The striker didn’t say much upon arriving, although the fans and journalists tried their best.

Take a look at the video of his arrival below. After the medical, he will head to Casa Milan, where he will sign his contract with the club.