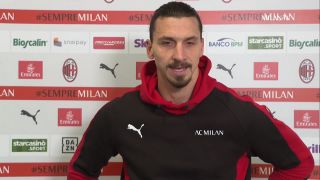 Zlatan Ibrahimovic failed to put a mark on yesterday’s clash between Milan and Atalanta, which the latter won by 3-0. After the game, the Swede was clearly disappointed with himself and the team.

The Rossoneri are still in first place in the league standings, as Inter failed to beat Udinese away from home yesterday. In other words, Stefano Pioli’s side could have extended their lead at the top with a win.

Interviewed by MilanTV (see video below, with subtitles), Ibrahimovic named three things they lacked and also spoke about the opportunity against Inter on Tuesday.