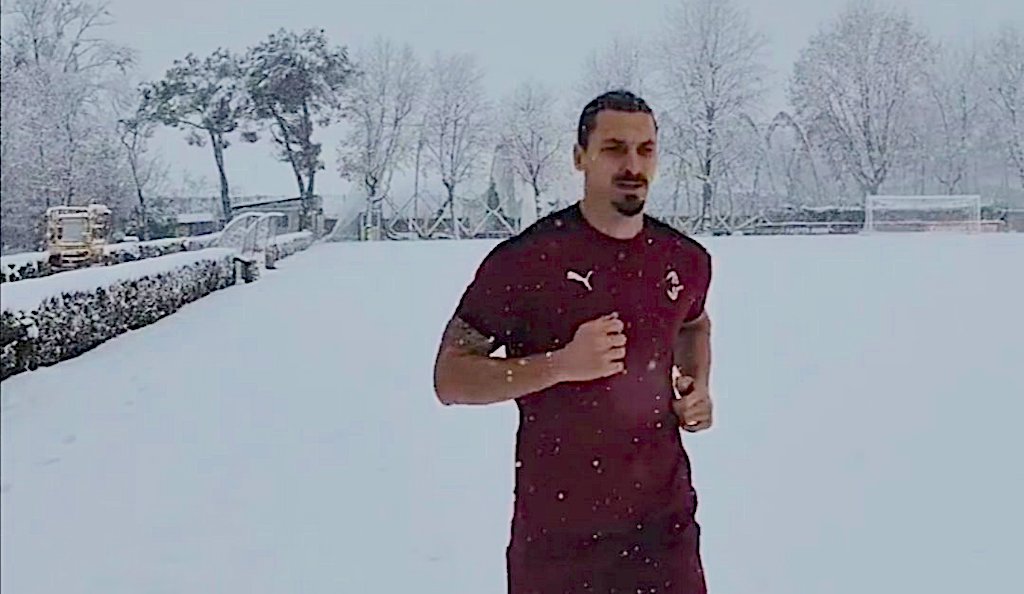 Video: Ibrahimovic posts video running in the snow on social media – ‘Try to stop me’

Zlatan Ibrahimovic appears to be close to returning to action, at least based on the latest video he has posted on social media.

The striker limped off during the 3-1 win over Napoli late last month and has missed the last three games, but widespread reports are suggesting that he will be back within the next week.

He posted a video on Twitter with the caption ‘Try to stop me’ showing him running in the snow at Milanello, clearly demonstrating his muscle problem is healing well.

Try to stop me pic.twitter.com/3yocVv8tIN