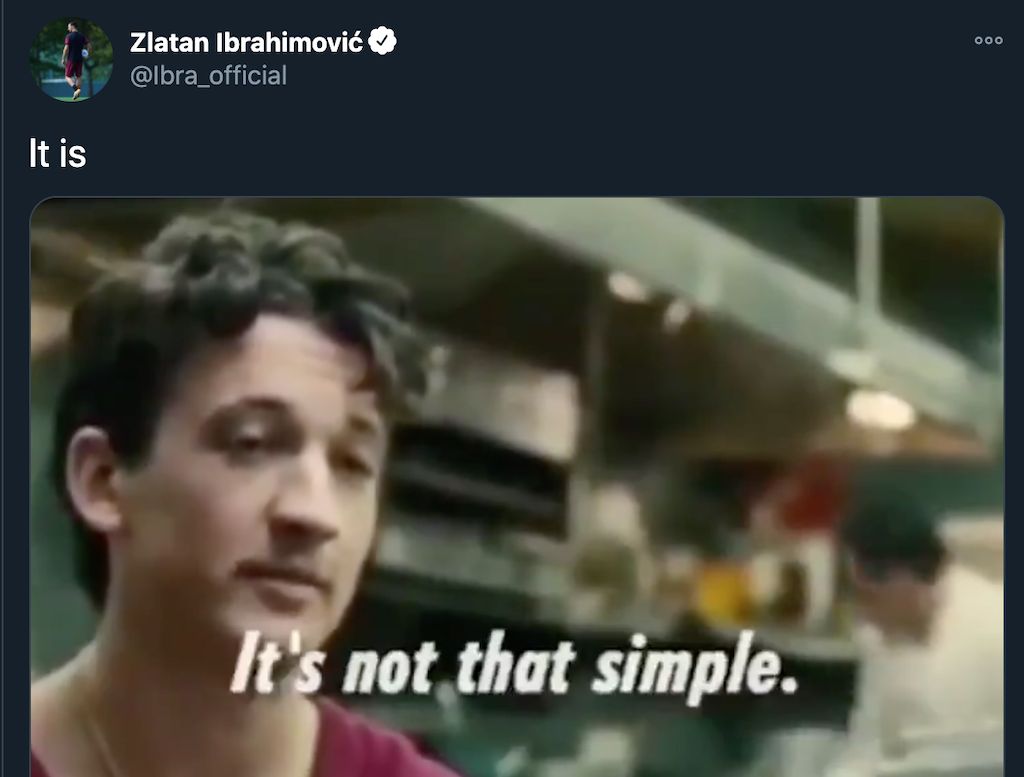 AC Milan striker Zlatan Ibrahimovic has got in the ‘Monday motivation’ spirit by posting an inspiring message on social media.

Zlatan uses an extract from the 2016 film Bleed for This which centres around a boxer Vinny Pazienza, who recovered from a broken neck to go on and win the IBC Super Middleweight title when there was a risk he could be paralysed.

Below is the full transcript of that scene…

Reporter: So what would you say the biggest deception was? What was the biggest lie you were told?

Vinny: It’s not that simple.

Vinny: No, that’s the biggest lie I was ever told: “It’s not that simple.” And it’s a lie they tell you over and over again.

Reporter: So, what’s the truth?

Vinny: That it is. That if you just do the thing that they tell you, you can’t, then it’s done. And you realise it is that simple… And that it always was.

Could it be that Ibra is hinting he is already back from injury? Or could it be yet another dig at those who doubted his ability at the age of 39? Like most of his social media posts, we will probably never know…