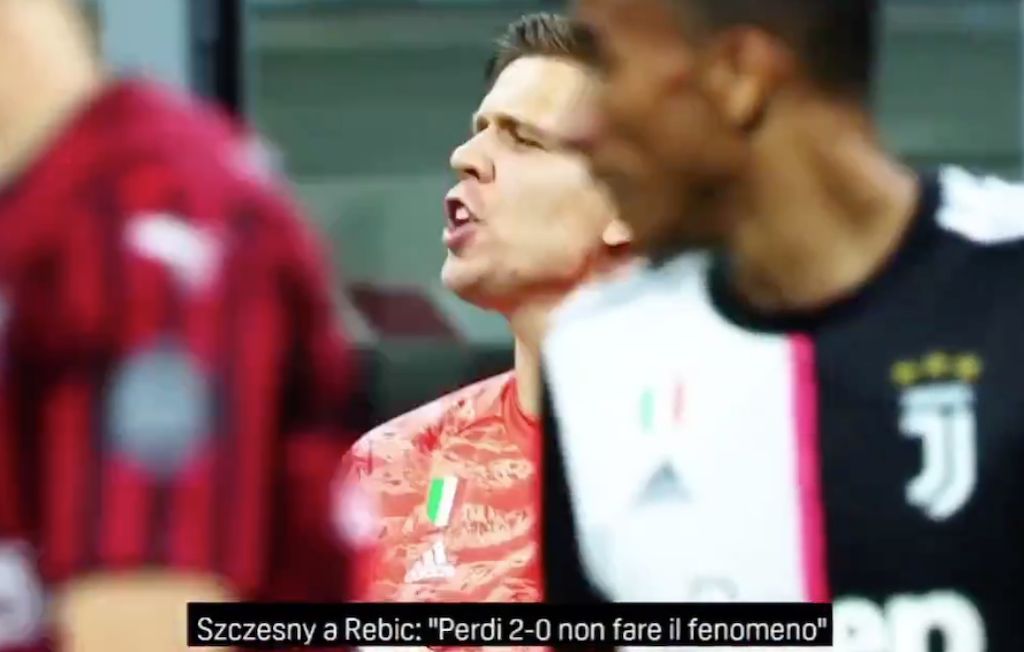 Video: Juventus keeper Szczesny left red-faced after shouting at Rebic – “You are losing 2-0″

There was a moment of embarrassment for Wojciech Szczesny during AC Milan’s 4-2 win over Juventus on Tuesday night.

Cameras picked out the Poland international as he shouted “You are losing 2-0, don’t act up” just after Rebic had appealed for a decision, with the Rossoneri trailing by two goals.

It would be fair to say that the Croatia international would go on to have the last laugh though, as he scored Milan’s fourth goal to cap an incredible comeback which saw the Rossoneri net four times in 18 minutes.