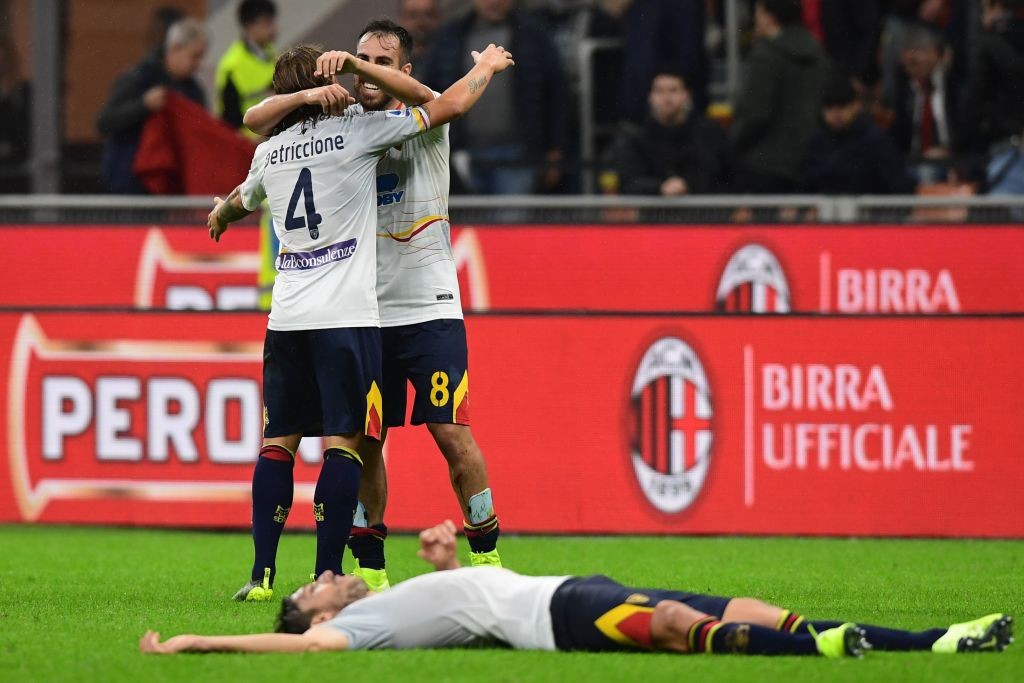 Video: Lack of communication between Conti and Suso costs Milan vs. Lecce

AC Milan were minutes away from securing their fourth win of the season and moving up into the top half of the table against Lecce on Sunday night.

Hakan Calhanoglu and Krzysztof Piatek had twice given the Rossoneri the lead in Stefano Pioli’s debut as Milan boss, the latter scoring the second in the 81st minute off the bench.

However, Khouma Babacar levelled at the second attempt after Gianluigi Donnarumma had saved his penalty, before Marco Calderoni broke the hearts of the 50,000 home fans with a 92nd minute equaliser.

The video below, taken from AC Milan Albania’s Facebook page, shows exactly where things went wrong in the closing stages.

The gap between right-back Andrea Conti and right-winger Suso is far too big as Lecce are attacking in injury time – as much as 40 yards at times – and that ends up being the root of the problems.

Of course, there is an argument to be made that Milan players – most notably Theo Hernandez – had opportunities to clear the danger, but the lack of communication on the right side between Conti and Suso leaves acres of space for Calderoni to drift into.

Substitute Rade Krunic and his midfield partner Lucas Biglia are busy sat in front of the centre-halves, which is to be expected given that Lecce had loaded the box with as many as four players. 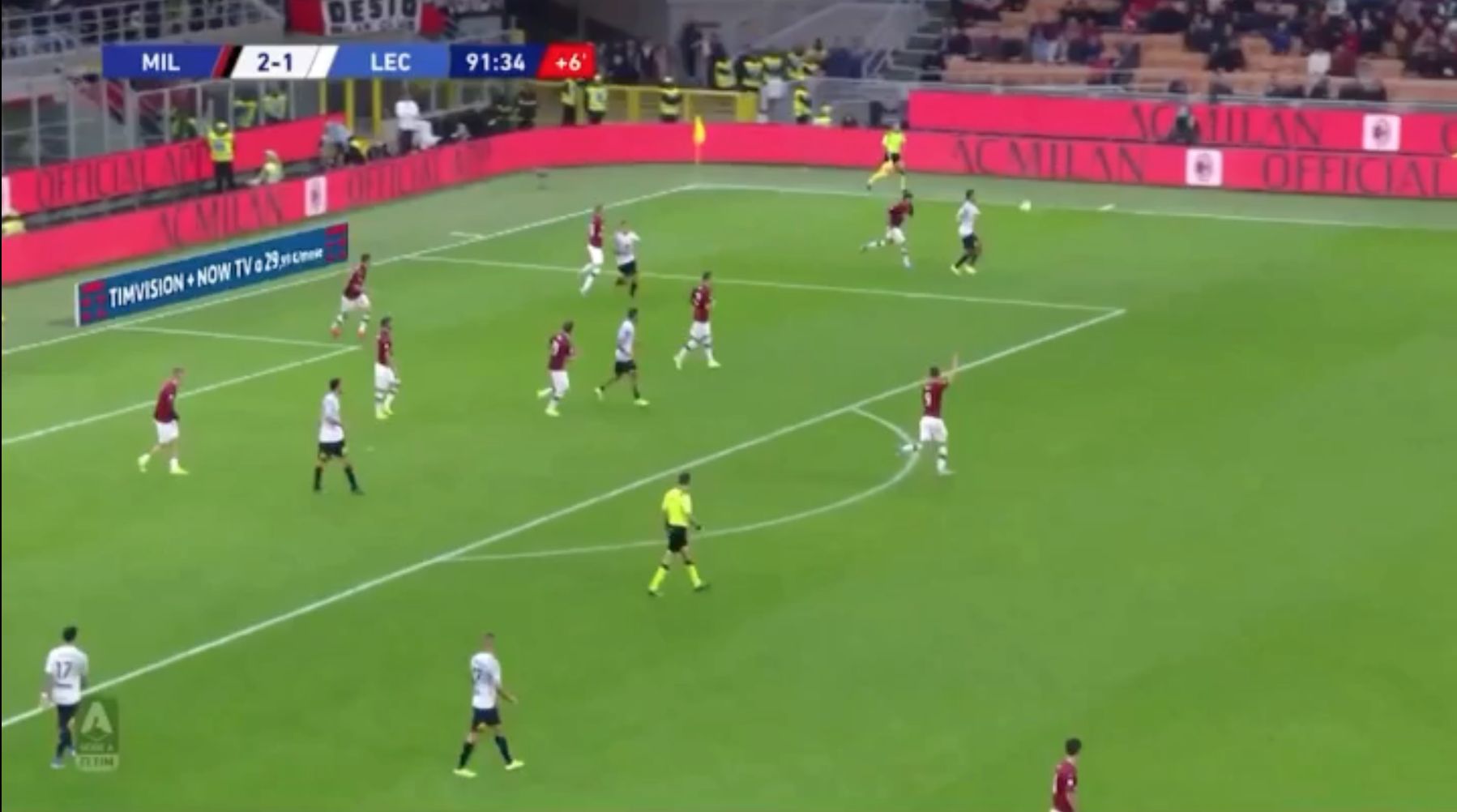 The trouble can be seen from the screenshot above. Suso is clearly thinking of a potential counter-attack to kill the game, but he is aware over Calderoni and Diego Farias over his shoulder.

The result can be seen in the video below. An amazing strike from the full-back of course, but an avoidable goal to concede from Milan’s point of view and a damaging two points dropped.