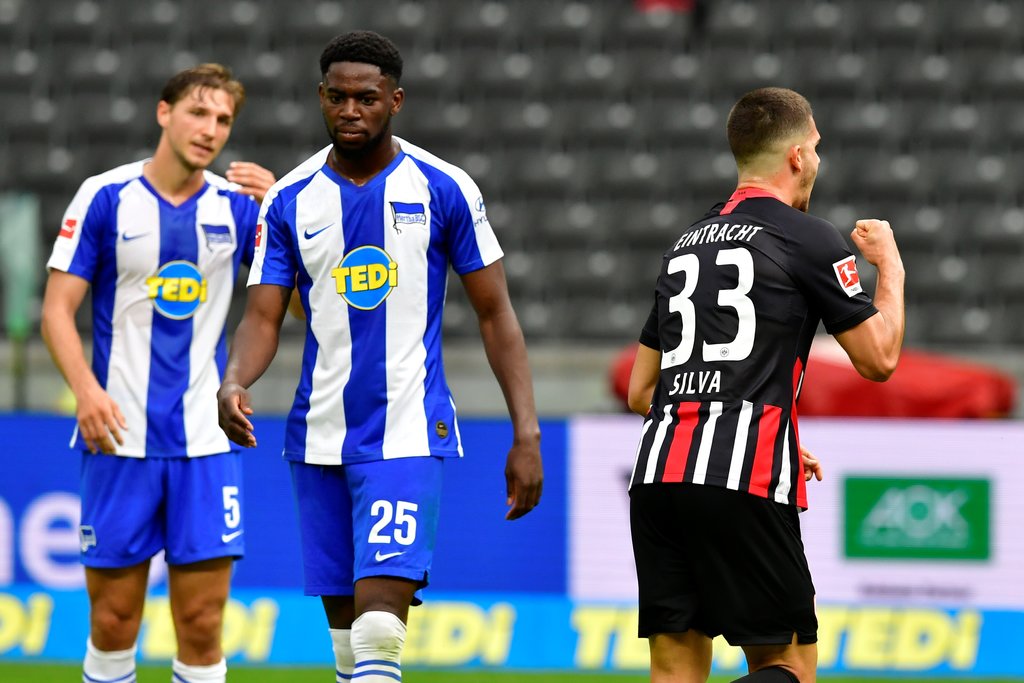 Andre Silva managed to get on the scoresheet once again. Since the Bundesliga was resumed, no other player has scored as many goals as the Milan loanee, having bagged six goals in seven games.

This afternoon, he finished a lovely move with a spinning backheel, putting Eintracht Frankfurt ahead against Krzysztof Piatek’s Hertha Berlin. The Polish striker also got on the scoresheet after a scrappy situation.

In the dying minutes of the game, Andre Silva added another one to his tally. Certainly, he will be a good bargaining chip for Milan in the negotiations to secure Ante Rebic on a permanent deal. Take a look at the goals in the videos below.

READ MORE: Rebic faces tough task after sending off vs. Juve as Milan count on him