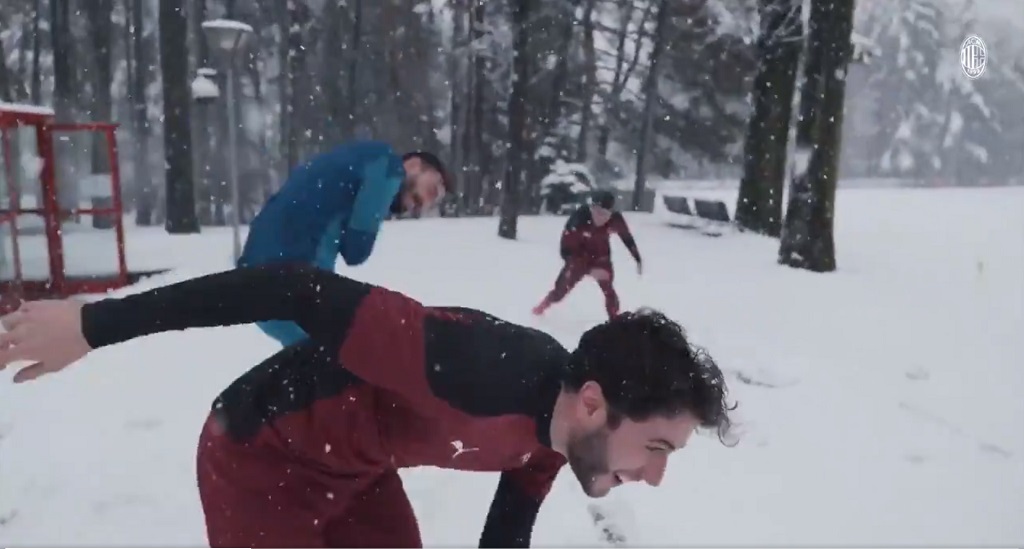 During yesterday’s training, Milanello was completely covered in snow. The Rossoneri thus decided to work solely in the gym but before they started, the players had a bit of fun.

With the training ground full of snow, they couldn’t resist having a snowball fight. Brahim Diaz ended up attacking the cameraman, with the team clearly in a good mood after the 4-2 win against Celtic mid-week.

Today, they will have a morning session ahead of Stefano Pioli’s press conference at 14:30 CET, and an afternoon session after that. The game against Sampdoria will kick off at 20:45 tomorrow.

READ MORE: Kjaer forced to stop after 26 consecutive starts for Milan – when he could return