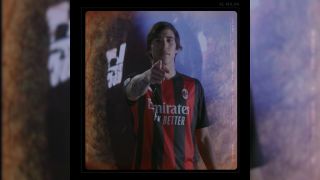 Video: Milan’s presentation of the ‘jaguar’ Sandro Tonali is well worth a watch

Sandro Tonali was officially announced by Milan last night, fulfilling his dream after signing the contract with the Rossoneri. Just an hour ago, the club released the presentation video for the midfielder.

For this transfer window, Milan have decided to go with an animal theme. Zlatan Ibrahimovic was, of course, the lion and Brahim Diaz was the cheetah. Tonali, meanwhile, is represented as the jaguar in the video.

The 20-year-old is expected to take part in the Rossoneri’s friendly against his former side, Brescia, at Milanello on Saturday afternoon. It remains to be seen if he will play the game from start.

READ MORE: All the stats that show just how good Tonali’s signing could be for Milan