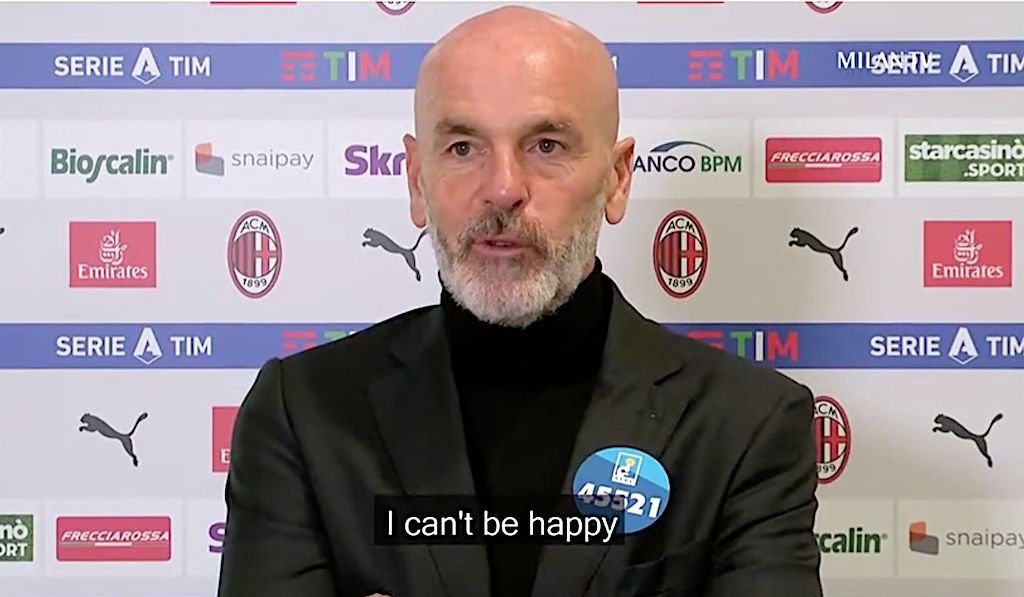 Video: Pioli reveals why he ‘can’t be happy’ after Verona draw and addresses set piece struggles

AC Milan boss Stefano Pioli has revealed that he is not happy with the result against Hellas Verona, but insisted it came down to a matter of tiredness.

Milan left it late on Sunday night at San Siro as they battled back from two goals down to earn a 2-2 draw against Hellas Verona.

Looking to respond after Thursday’s 3-0 defeat against Lille, the Rossoneri found themselves in a horrendous position as they were two goals down inside 20 minutes as Antonin Barak and a Davide Calabria own-goal gave Verona a dream start.

The home side roared back though, with a Giangiacomo Magnani own-goal and a Zlatan Ibrahimovic header in the 93rd minute earning a point, though the Swede did miss a penalty and handled the ball for a disallowed goal.

Pioli spoke to Milan TV after the game, with his comments translated below.

The team’s reaction to the negative moments: “A great team reaction. I can’t be happy because we wanted to win, but from a mental point of view the team has shown that it has grown a lot.

“We rose from a defeat, the tiredness is there and is felt, we had a great team reaction. We went two goals down through our fault without realising it. We will not always be so inaccurate in front of goal but the reaction was from a mature team. We are not superficial, we want to be inside our situations with determination.”

“It is useless to talk about fatigue because we have made such an important effort to return to Europe and we know what awaits us. A competitive season for an important club like Milan, the opponents are strong both in the league and in Europe. The team has shown once again that they have the attributes.”

On the goals conceded from set pieces: “We suffered little but it is clear that it is a fact to take into consideration. By playing so much we can’t work on certain situations, it’s a shame to concede so many goals in these situations. During the matches there are many more dangerous opportunities for us.”