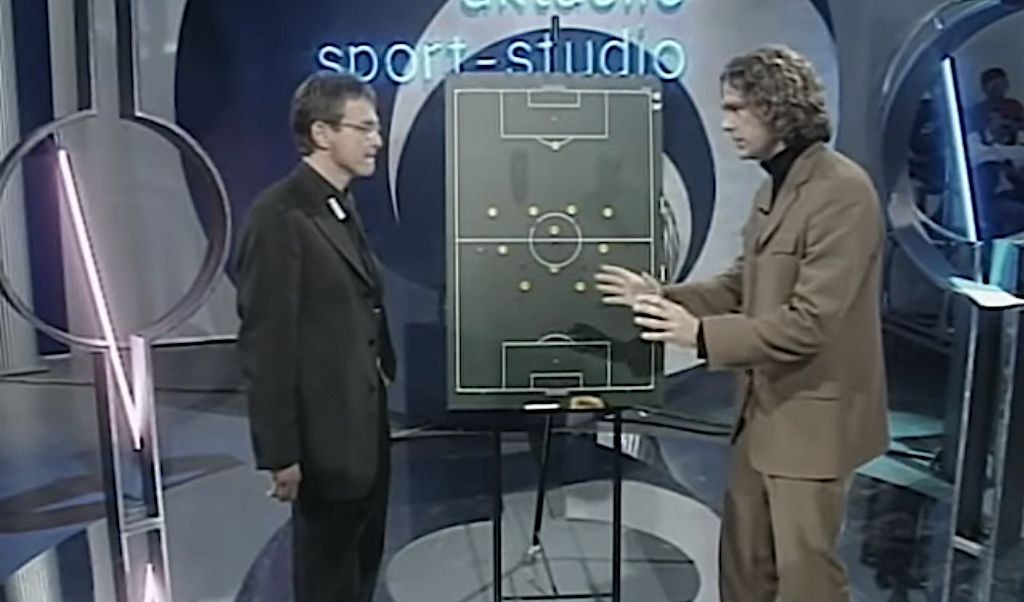 We have all seen and read the intense rumours that Ralf Rangnick will be arriving at AC Milan as the club’s new manager – a dual role as head coach and head of recruitment.

We reported via our correspondent Vito Angele on Thursday evening that Rangnick will indeed agree a role as manager, and La Repubblica (via MilanLive) claim that confirmations about Rangnick’s arrival at San siro have come from the Red Bull headquarters in Salzburg.

Although well-known in Germany, Rangnick remains a mysterious figure for many in Italy especially given that he will be taking up an unprecedented role.

One of the 62-year-old’s main traits is his unwavering principles regarding how football should be played. In the video below all the way back in 1998 he explained first hand how he wants his teams to operate, and it still holds true to this day.

Below we have translated the full video, with the help of our German friend Jan…

Ralf Rangnick: “About the four-man defence – it’s just means to an end for us. What we really want to play is a very aggressive pressing. Our goal is to attack the other team’s player [who has the ball] with at least one player more. For this it’s important that our team has a solid structure where everybody knows that one of his colleagues is still there to defend/support him.

“Another myth [in Germany] is that a four-man defence has no libero. We don’t play without a libero [sweeper]. I will show in this situation: our two centre-backs will create a libero depending on the situation. Depends on which wing the other team is attacking. So it’s one centre-back or the other to secure his colleague.”

Reporter: The other team have the ball in this situation, what happens?

Rangnick: ‘First of all, we try to lure the opposite team. We don’t want to ‘block’ them at the beginning. For example, if player number 4 has the ball it’s up to player number 11 (our attacker who is closest to the ball) to move in this direction.

“At the same time, number 8 has to go towards the ball-possessing player too, even if he had to cover player number 2 before. So we created a situation where we have two players who can attack the opponent.

“Also number 10 has to move over the field to create a triangle then. So each direction is covered from us.

“The opposing attacker is covered by our number 3 – before the action started. But then the number 3 has also to go forward to close the hole behind our number 8 to make sure that nothing can happen there.

“Our number 4 becomes a libero and saves the last line depending on his speed he stands closer or not far away from the other centre-back.

“The other full=back has to take care of the second opposing striker. Our regista has also to move on the side where the ball is.

“But also number 9 comes to the side where the ball is and closes the last hole and maybe tries to catch the pass back to the goalkeeper. Number 7 (right winger) has to move to the central midfield and support the regista.

“So if we did it correctly, we don’t have any players left on the side where the ball is not.”