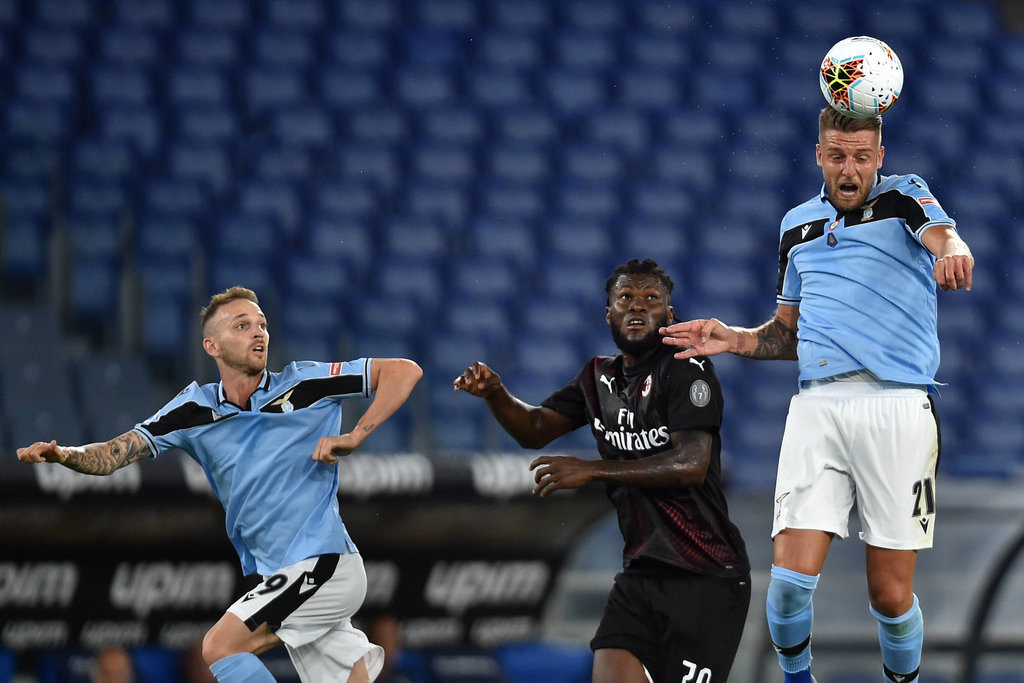 Similar to Hakan Calhanoglu, Franck Kessie has been a completely different player since the league was resumed. Playing in a more defensive role in the midfield, the Ivorian has been crucial for Milan.

In the Rossoneri’s 3-0 win against Lazio, Kessie was faced with the task of shutting down Sergej Milinkovic-Savic, not giving him any space. As we have seen in previous encounters against the Biancocelesti, the former Atalanta man succeeded.

However, Saturday’s clash was perhaps the best example, as Kessie was able to participate in the game as well as marking the Serbian. Take a look at the video below, highlighting his hard work, as compiled by @Futball_Karim on Twitter.

Franck Kessie playing as an Anti-Milinkovic Savic vs Lazio

Kessie had one of his best games for Milan, Here we highlight his work off the ball & how he nullified one of Lazio’s key players pic.twitter.com/LFw4ksm4qb