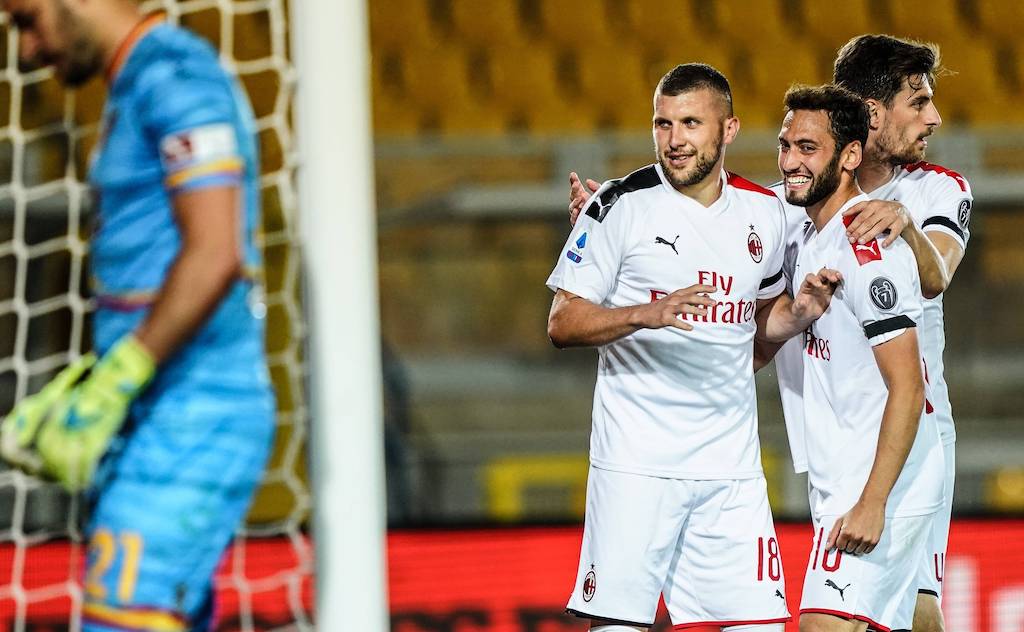 Video shows just how crucial Calhanoglu was in Milan’s win vs. Lecce – a hand in all four goals

Hakan Calhanoglu seemingly couldn’t get away from the action as he played a starring role in Milan’s 4-1 win over Lecce on Monday.

The Turkey international had a hand to play in all four goals and bagged two assists plus it was his shot who was spilled for Giacomo Bonaventura to make it 2-1.

He was awarded Man of the Match in our player ratings, with the following comment: “Although it might have seemed like a sloppy and uninspired performance from the Turk, he was behind all the goals Milan scored either by delivering direct assists or by setting up the move. He was the silent master, pulling the strings and orchestrating everything.”

Below are the highlights from his performance…