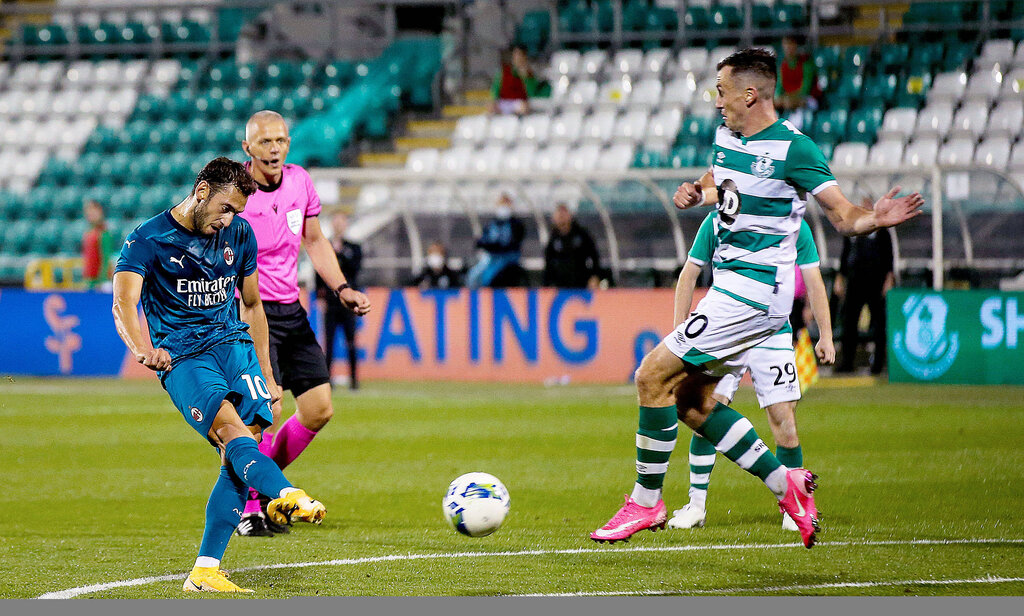 Hakan Calhanoglu started his season in the best way possible: one goal and one assist against Shamrock Rovers in the Europa League qualifiers. He was voted as the MOTM in our player ratings and was praised by the fans.

The Turkish international linked up well with Zlatan Ibrahimovic, which we saw a lot of in the summer, and looked very confident on the ball. He’s finally the player that Milan admired and signed from Leverkusen back in 2017.

On Twitter, CompsACM published the highlights of Calhanoglu’s performance and the video certainly confirmed his importance to the team. Take a look at it below.