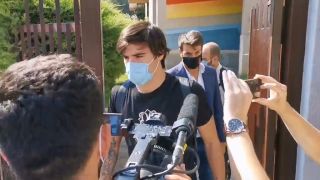 After the medical tests, Sandro Tonali has now also completed the fitness tests ahead of the contract signing, which will take place tonight. Several journalists were present as he left the facility.

As recorded by Antonio Vitiello, Tonali said: “I’m very happy, greetings to the fans”. He will now head back to his hotel for a few hours of rest. Then, he will head to Casa Milan to sign his contract.

Milan will face Vicenza in a friendly match at 17:00 and thus the meeting with Tonali will take place after the game.