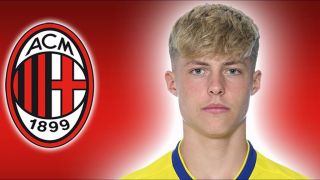 Video: Why Milan wanted to beat Inter to Lukas Bjorklund – where he will play next season

New AC Milan signing Lukas Bjorklund will at first team up with the Rossoneri’s youth team, according to a report.

As MilanNews notes, Milan have closed the signing of Lukas Bjorklund in the past 48 hours. The 16-year-old playmaker will join from Malmo for a compensation/development fee which is yet to be confirmed.

The player had his medical on Thursday and then went to Casa Milan to define the final details of his transfer and sign his contract.

He will play next season in the Rossoneri’s Under 17 team, and below you can see just why Milan were so keen to snatch him amid interest from Inter…