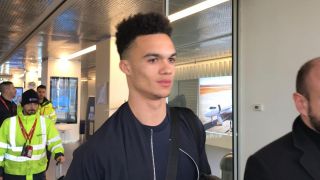 Wigan Athletic defender Antonee Robinson has landed in Milano ahead of sealing his deadline day move to the Rossoneri.

The USA international is the man who has been chosen to replace Ricardo Rodriguez, who joined PSV Eindhoven on Thursday, and MilanNews.it claim he will join Milan on the basis of a loan with the option to buy set at €7million, which will become an obligation if certain conditions are met.

Below is a video of Robinson arriving in Milano, having touched down in a private jet not long ago…

👀 Antonee Robinson has touched down in Milano…