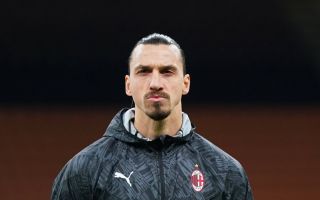 Milan registered only their second loss of the season last night as Atalanta outplayed them at San Siro. They failed to get on target for the first time in a long time and their star, Zlatan Ibrahimovic,  got in a dispute.

Towards the end of the game, when the Rossoneri were pushing for a consolation goal, Ibrahimovic had a few words for Atalanta striker Duvan Zapata. The latter taunted the Swede for Milan’s penalty stats, saying: “Do you want the thirteenth penalty?”.

This was during a silent VAR check, but the Swede’s response (see video below) was simply brilliant and exactly what you would expect from him: “I have scored more goals than you have played games in your career”.

READ MORE: Ibrahimovic reveals why he ‘felt alone’ as he dissects Milan’s defeat against Atalanta