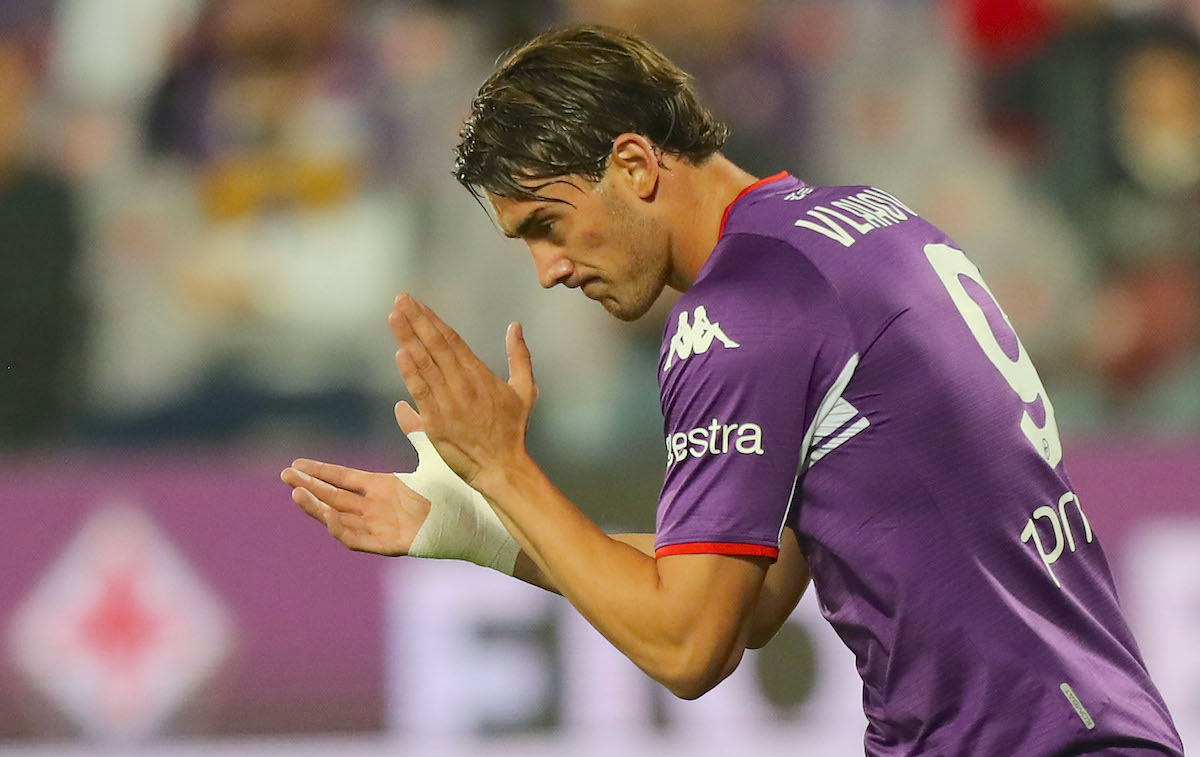 CM: Vlahovic has become a huge regret for Milan as summer opening was not exploited

AC Milan’s decision not to pursue Dusan Vlahovic last summer has become a source of regret for the management, according to one journalist.

Alberto Cerruti writes for Calciomercato.com in his latest column how Pantaleo Corvino brought Vlahovic to Fiorentina when he was director in the summer of 2017, and the Serbian center forward was only 17 years old. Nobody in Italy knew him, but after six goals in 2019-20 and 21 goals last season, everyone knows his name now.

He is the top scorer in the league in the current campaign too, with 15 goals, including 5 from penalties, while he also has 14 appearances with 7 goals for the national team. While it is public knowledge now that he will leave La Viola by next summer at the latest, he is going about getting a big move in the right way, unlikely Insigne and Kessie.

Cerruti adds that Milan made a mistake in not signing him over the summer. Even though he would not have been cheap, the club instead decided to commit wages to players such as Giroud, Florenzi, Ballo-Tourè, Bakayoko, Messias and Pellegri, all of whom have failed to offer absolute guarantees so far.

In the era of creative formulas such as loans with option to buy a solution could be found, perhaps by giving Fiorentina two or three redundant players such as Conti and Castillejo. Now, Vlahovic is a player out of the Rossoneri’s reach and they risk him going to a rival like Juventus or to another league entirely.

READ MORE: Milan’s pursuit of Chelsea defender set to be over as quickly as it started