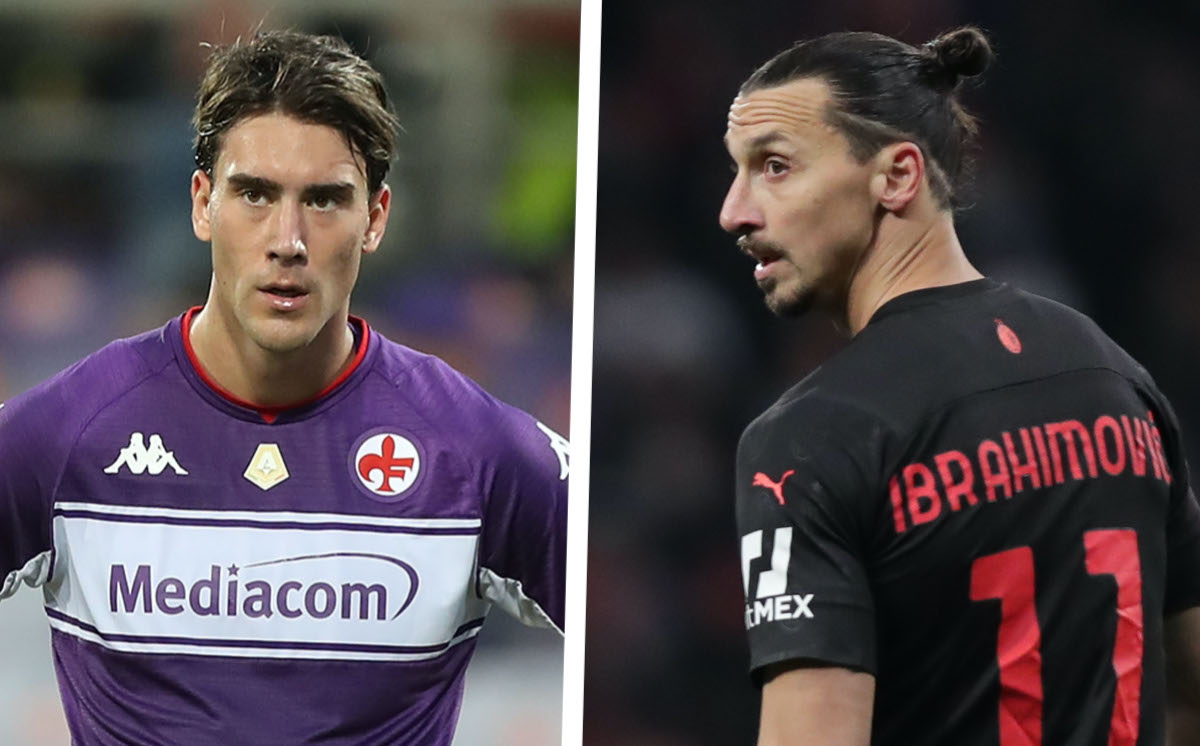 Dusan Vlahovic has once again called AC Milan striker Zlatan Ibrahimovic his idol and revealed the details of a conversation they had after Saturday’s game.

There is a lot of speculation surrounding the 21-year-old striker at the moment as he is following up a season in which he scored 21 league goals in a fantastic way having already racked up 10 goals in Serie A this season. The player’s intention – with his contract expiring in 2023 – is to try a new experience and Milan have been persistently lined.

Milan seem to be interested because of Ibra’s words to the management, in which he claimed the 21-year-old could be his ‘heir’, while il Corriere della Sera (via MilanNews) this morning reported that the Rossoneri have not made a move for now but believe they can count on Vlahovic’s desire to play alongside Ibrahimovic for a season.

Vlahovic has given an interview to telegraf.rs in Serbia as he reflected on scoring twice in the win against Milan on Saturday night, including a chat he had with Ibrahimovic after the game, with the Swede also netting a brace.

“The match against Milan was a dream, but as in any job, what has been has already been forgotten and the most important thing is what has to come. I try not to follow the media very much, but somehow they always manage to reach me. Either my friends send them to me or I see it on social media. I have to continue training even harder and with even greater desire and will and I hope to continue like this,” he said (via Calciomercato.it).

“Zlatan told me in Serbian ‘Don’t give up, go ahead’ and wrote me a message in our language on the shirt. Every match against Milan has something special for me, because everyone knows the stories about Ibrahimovic, who is my idol. On Saturday I scored my first goals against Milan, I won against Milan for the first time since playing and it’s a great pleasure.

“I don’t feel like his heir and I think that everyone should go their own way. He is a great champion, one of the best strikers I’ve ever played in football but I still have a lot to do to get closer to his level. I try to have my own path, to work more on myself, to improve myself and to try to get the best results.

“We talked about last season, then I went to Milan’s locker room and we exchanged a few words, he gave me his shirt and we took a picture. He told me at that moment in Serbian: ‘Don’t give up, go ahead’ and wrote that message in our language on the shirt, it thrilled me . They had lost and I didn’t want to go to him, I know what it feels like when you lose, it’s not pleasant and considering I know many Milan players, I didn’t want to disturb anyone.”

READ MORE: Milan not done after Pioli – the latest on six other renewals from Kessie to 2024 trio