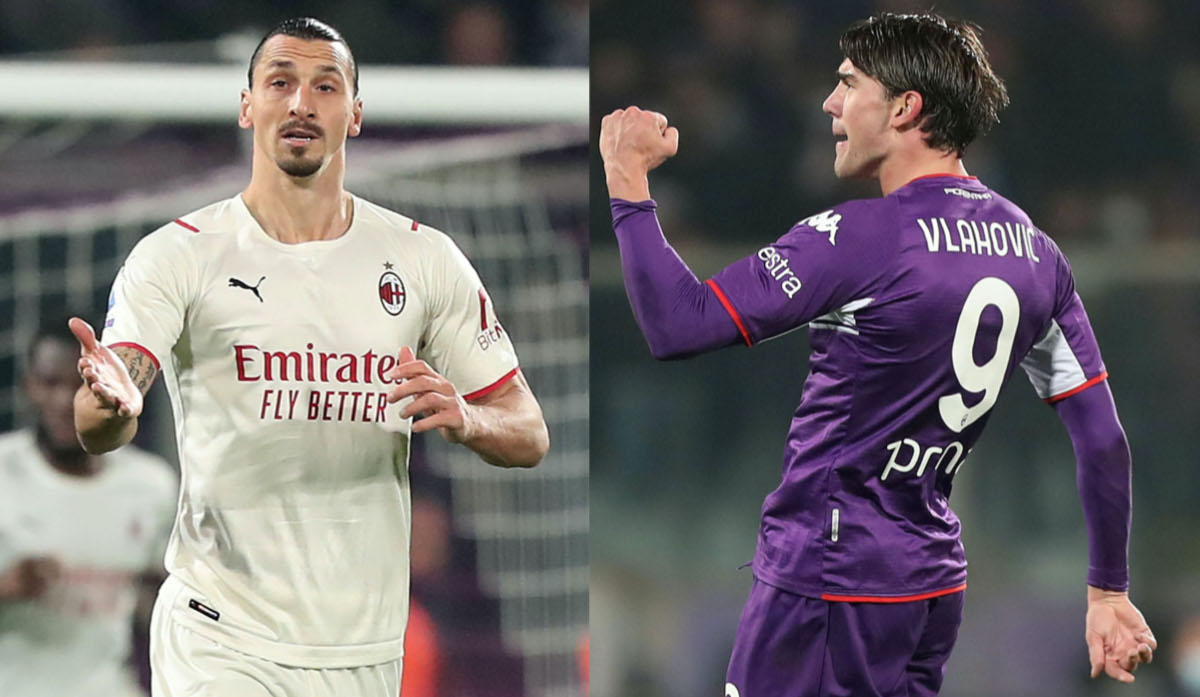 Fiorentina star Dusan Vlahovic has revealed that he does not consider himself to be Zlatan Ibrahimovic’s heir as he reflected on a ‘dream’ double against Milan.

The centre-forward showcased all his ability in La Viola’s 4-3 win over the Rossoneri, finishing smartly after rounding Tatarusanu and beating Gabbia in a foot race to score the home side’s third goal, before finishing instinctively inside the far corner with his left foot to kill the game late on with a fourth.

Vlahovic spoke in an interview with the Serbian newspaper Telegraf and talked about the match against Milan during which he netted a brace to move onto 10 league goals for the season, with his comments relayed by MilanNews.

“The match against Milan was like a dream but as in every activity, even in ours, what happened has already been forgotten and the most important thing is what is yet to come. The day after the match there was euphoria, but we immediately started preparing for the next match with Empoli,” he said.

The Florence edition of La Nazione (via Calciomercato.com) recently highlighted the match-up between striker Vlahovic and his idol Zlatan Ibrahimovic in Saturday’s game, with both ending up scoring a double.

The Serbia international has made it clear he will not renew his contract and therefore will soon start a new adventure, and Milan seem to be interested because of Ibra’s words to the management, in which he claimed the 21-year-old could be his ‘heir’.

“I don’t feel like his successor. He is a great champion, one of the best strikers and if we see everything he has done, I still have a long way to go to get closer to his level. The fact that he is still playing at the top levels says a lot about him, his hunger for success and his character,” Vlahovic said.

“He is a great example for everything he does and for the energy he puts into it. I try to make my own path, to work as much as possible on myself, to improve myself and obtain the best possible results, I hope to be able to get closer to him in the future.”