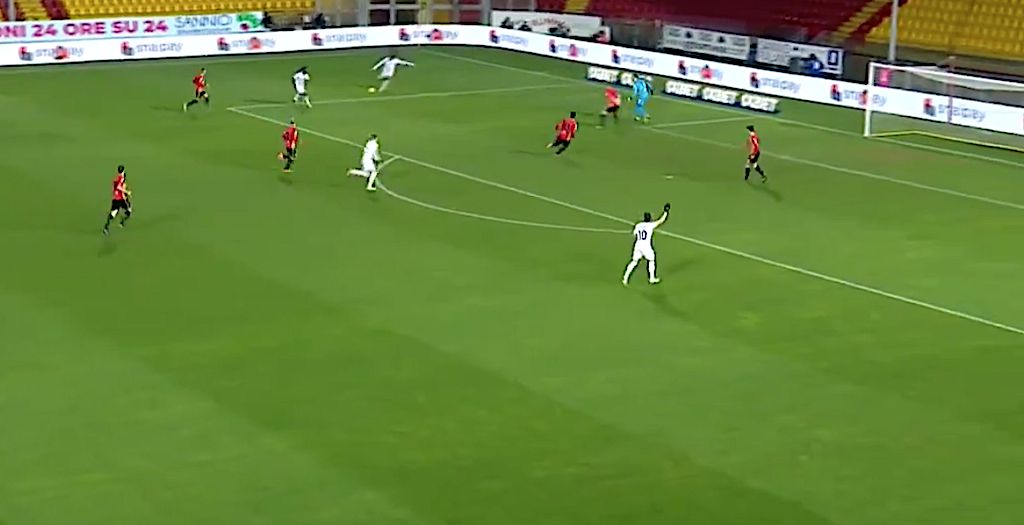 Despite being a man down it was Milan who doubled their advantage with the first opportunity of the second half, and it was Rafael Leao who got his name of the scoresheet.

Rebic received the ball in midfield and barrelled towards goal before firing a pass to Leoa that he beat Montipo to, and with the keeper off his line the Portuguese forward chipped the ball over him and over a defender from a very narrow angle to make it 2-0.