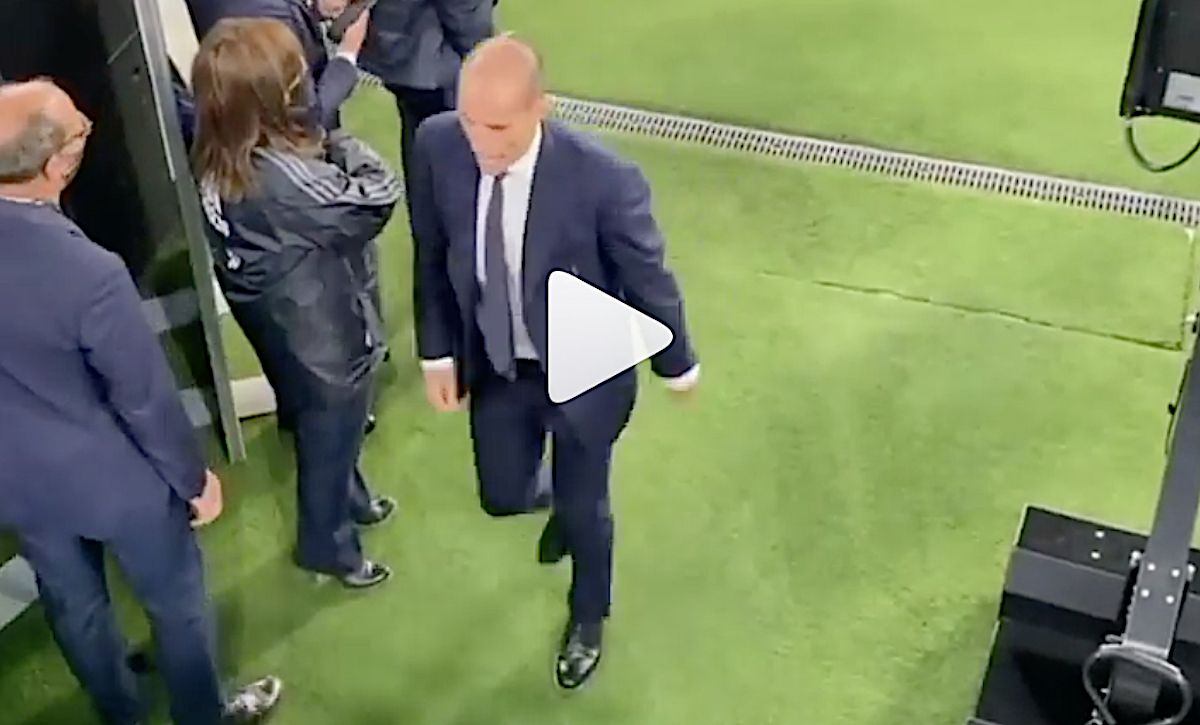 Watch: Allegri furious after draw against Milan – “And they want to play for Juve”

A furious response was provoked from Max Allegri after AC Milan’s equaliser and eventual draw against Juventus at the Allianz Stadium.

A depleted Rossoneri side managed to take a point from Juventus, where the atmosphere is anything but calm for the time being. An incident was filmed at the end of the match at the Allianz Stadium was filmed by a fan from the stands in which Allegri, visibly angry with his players, shouts distinctly: “Holy sh**. And they want to play for Juve.”