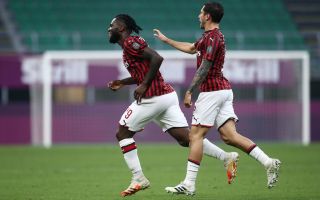 Franck Kessie really was of great importance for AC Milan last night, bagging his third consecutive goal after also netting against Juventus and Napoli. The long-range screamer was definitely the goal of the round.

The Rossoneri conceded the opener in the final minutes of the first half but were, fortunately, able to respond quickly in the second half. Kessie tried his luck from distance and managed to beat the goalkeeper with a rocket.

As we published on our Twitter account, there is one angle that shows just how good the goal was, although it looked spectacular from the first angle as well. Take a look at the video below.